In Library Add to Library
sign in
3.57% The Story of Scarlet Rose Blood / Chapter 1 Freshman year 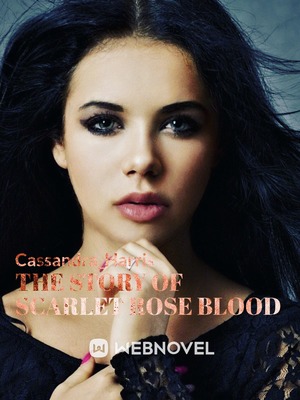 The Story of Scarlet Rose Blood

There was a girl who was fun loving but really didn't know what love was her name was Scarlet Rose Blood and this is my story. It all began on a day when we all had to go back to school at Rosa Red High school. Most of us took the bus it was a long wait just for a short ride to the school and more of a pain when people around you act like they are everything and your nothing. I wasn't like the rest of them monsters well to normal people it's what we were. You have vampires, pixies, witches, werewolves, and so much more at my school. Before I get into more of that let's get to school. One frightful night on a very dark hill you can see the school it's hidden with magic so norms as in the normal people can't find it and kill us all one day we hope we can change all that.

The school is almost as cool as a gothic Castle but more creepy and awesome on the outside as just as well as the inside. When I got to school they had tables and chairs and a big breakfast line with the lunch ladies handing you food on what you want of course I was never in the mood for anything especially when they didn't have the blood that your body wanted or craved. I mostly like hanging out with my friends. The magic gargoyle his name is Kevin Thamus his mom is a witch and his dad well got brought to life by his mother his power is to turn any human or thing into whatever his hearts desire. My next friend is Caria Mcleaf her family is a mix of pixies and fairy's her power well she can do a lot just as much no she isn't anything like tinker Bell or the other shit humans read about or watch on TV. The others are not really important except for my 2 best buds and of course my pain it the butt of a boyfriend who is more of a goof ball with no brain but always makes me laugh when I need it. My boyfriend is I call him Mr invisible because well he is when he wants to be but he doesn't do that a lot it's a shame. There are a lot of monsters at our table and well we all talk and eat before the scream bell goes off so we can go to our lockers. The scream bell goes off and now it's time to go and put our stuff away I have to walk down a long dark hallway that has cracks and spider webs on the walls and candles to light the way and turn right to find my locker it's only small just like the rest painted a deep red black for the number on the locker.

My 1st class is Math but we use the same thing as what the norms use it's what I call boring as hello operator I would rather suck the norms dry take there skin off there body's and use there body's as a human calculator well there bones anyway. The teacher calls on me and I loose my train of thought. I get asked to answer the question and I have no idea what it is. The teacher says Scarlet pay attention what is the answer to 4 mc square. I answered I have no clue I really didn't care but as I seen this handsome looking stranger in my classroom to the right of me I wasn't paying attention again and more stuck in my head. The teacher kicks me out of the classroom and was sent to the hall wow some punishment right. As I gather my things he was watching me like I would my pray before the kill. As I made my way out the door I noticed his dreamy eyes they were a pale blue with some silver around his irises of his eyes. This person had dirty blond hair which looked very soft and the way he had it was also down right made him look that much more captivating his hair was short but not too short and he wasn't pale like me so he couldn't have been a vampriss or vampire. I didn't know what he was I took one last look before I had to shut the door. I sat in the hallway trying to figure him out he was just so sexy but he was quite and so mysterious but he was watching me like I was watching him but for me it wasn't long enough I had to know him and be with him and know everything about him and where he came from.

Well I jumped when the scream bell went off and the door opened and poof there goes everything I was thinking of. Miss Scarlet what do you have to say for yourself not answering questions again and ignoring the lessions your gonna fail your pretest and final exam if you keep this up. Mr. Keefer I am sorry I'll try to do better. Scarlet how are you doing in your other classes if you don't mind me asking. Mr. Keefer I am not doing so great been distracted lately not just at home but other things that bother me really. Scarlet I think you should stay after school today and well get you caught up on your school work. I told my teacher ok and he writes out a note so I can get to my next class. As I walk down the long hallway of the school there is old drawings and paintings of people who been dead but all so very famous like Henry the 4th and Beethoven. I reach my next class hello English I hand Mrs. Madder my note and take a seat I realize that the person I seen in math the so hot and mr. mysterious himself was sitting next to me I couldn't speak to even say hello or even ask him his name. He says hello my name is Willstone and he said your name is Scarlet and all I could do was look at him in those dreamy eyes of his.

Willstone's voice is so calm and very soft and comforting and yet husky. Willstone writes on a piece of paper and hands it to me I open it and it has his number and name and it also says to meet him after school. Before long the scream bell goes off and before I know it I made it through out the school night and it's time to go get our stuff and wait for the bus. School goes by so fast that year it was almost a blur me. Mr. invisible broke up months ago and now it's close to summer.