/ Contemporary Romance / To The Beautiful You 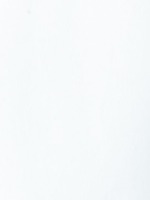 To The Beautiful You Her lost Love

What happencs when your life take's a U-turn, towards her same old love. The love ahe tried to hide, get rid of it. The love she felt for him. she loved him. Gave her heart to him. But what she received in loving the person. Betryal, hatred. She was heartbroken. And felt like her feelings and emotions were drawing far in a deep ocean, looked difficult to catch them again. Her heart was pierced by a sharp knife, piercing all her emotions and the sweet feeling she felt, her love.

What will happen. When she will have to face her weakness again. Will the feelings that were lost and hidden, resurface? Will their heart be able to mend again? Will she trust him again. Lean on him again?


Yu Yan was a beautiful and happy girl, living her life with her loving brother and family. Until she met Li Yang.

A friged and cold person. With cold heart, no feeling for anyone. He ignored everyone and lived his life in darkness ubtil he met her, Yu Yan.

He didn't liked anyone and lived his life to take revenge from the one who stole his life from him, his parents. He loved the most. But what happened when he started developing feeling fimor Yu Yan. He tried to ignore them, and let it come to and end. But his heart won't obey him, his mind. He was getting attracted to her, day by day.


And when she came to know she loves him and tried to express her feelings, what happened. She told him, her feeling for him, But he rejected her.

"But I don't. I don't want you to be with me. I'm having danger around me evert time", he said as he turned his face in other direction but she held his hand.

"I don't want you to fell in any trouble because of me. You're free. Go and live your life, Without me", He said and his voice became heavy.

"Why! Don't you love me. Don't you have any feeling for me? Answer! Answer Li Yang!", She yelled.

He jept quite staring at the floor.

Tears rolled down her eyes as her steps halted and she hit the wall.

"F- Fine! If you don't love me. I will also tey to forget you. Try to hate you. Try to remove your thoughts and feeling for you from my heart... I will...Will try my best", she said crying.

"Bye! I won't come again", she said as she turned to leave. He was standing there not looking at her as his eyes became moist.

He never cried before. And she left. Left him, left the place, left the country, went away from him and he didn't even tried to stop him. What now, His heart broke, scattered into peices.

He tried to kill him self for the sin he made. But he didn't did it. His enemy did it. Shot the bullet at him. And he fell dead.

No one came to him. No one knew about him. But yes! Yu Yan did. She got the news and came running towards him. She took him to hospital and called everyone. It was her last day in the country.

Before his operation was done, she left, Everyone coaxed her to stay but she didn't, she didn't wanted to show her face to him again, see him, talk to him, she wanted to hate him. After 2 months of unconsciousness he woke up. He didn't knew anything, forgot everything instead of those who spent most of the time with him. He lost his memory.

Now he has become a devil, devil in the business world. Everyone in the whole country is scared of him, even his name ran's a shiver in there bodies. But everyone now wants to inhert his attendance. Want to attract him but he's a devil in the underworld and business world now. A frigid tycoon in the country.