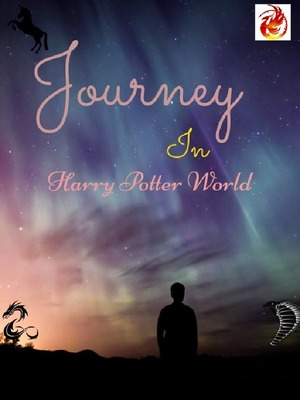 A little boy of age 7 years was lying in hospital bed his head covered in bandage .his face was full in pain near the bed there were his parents and his little sister worried about the boy, the boy Jack Wilson had an unfortunate accident he tumbled down the stairs and hit his head hard, today was his 7th birthday.

The doctor said to the parents Mr & Mrs, George and robin Wilson "the child's condition is fine but he appears to be in a coma he is to kept under observation " listening to the doctor robin cried she was worried about her son.

George asks about the specific condition the doctor replies "due to injury to the head he has suffered a shock due to which he is in a coma the injury is not too deep he might wake up in a couple of days".

meanwhile inside jack's consciousness there appear to be many disk-shaped white veils of mist floating around his soul human-shaped lifelike, mixing/fusion with his soul, strengthening his soul and changes to his soul.

jack woke up after 2 days with a splitting headache, memories about his past life flowed through his mind.

he remembered about his past life he was around 21 years old he was from 21st century 2020 to exact a university student he was a nerd reading novels wuxia/xianxia, manga watching anime and fan of marvel and dc etc.but he did not seem to remember his name his family of his past life like it was completely blank jack thought "you win some you lose some"

jack was back at home from the hospital he was discharged as his condition was normal.he was playing with his little sister Amy (3 years old) it has been a week since he has been in his home his parents are more or less calm from the accident.

he seems to contemplate about the whole reincarnation thing like he was transported or reborn in this world he seems to think that he was reborn and somehow regained his old life memories.

he still could not remember how he died his name his family etc. and the present accident was vague he remembered waking up on his birthday at midnight having a throbbing feeling in his head dizziness took him and he fell from the stairs like something was awakening inside him.

the world where he now seems to be in 20th century 1984 London the technology here is same like his world the history is pretty much accurate the world war 1 & so on... he was happy there were so many ways he could be a billionaire here.

but there was one thing he needs confirmation on after the accident he seems to be able to enter into his consciousness he was able to see his soul and to see a core like thing faint illuminated the color of the mist or ball was light green based on that he come up with many theories but major was he seem to be in harry potter world.

As to how he was in the 1980s plus the core like thing there can be only one explanation he was not 100% sure as there was no accident magic happen to him but he was optimistic as in his previous life he dreamed of going to harry potter world much more than any world from books & novels.

to test this theory he was constantly trying to use magic to have the flow of energy to flow through the body all was ought he seem unable to do it.

at night he was back in his consciousness he was observing the core and his soul seems like they are not linked he tried by using his mind commanding to happen but nothing happened he tried to use the soul of his to absorb the core or pull towards it.

there was response the soul took the magic core like it going to eat it and before he could say stop it Boom...