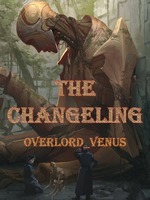 So, Humans Were GODS All Along? SHWGAA

The couple Anita and Prakash had just completed their lunch and were engaging in small talk when intense pain originated from their hearts and immediately knocked them unconscious. It was evening when they regained consciousness only to discover in horror gigantic man-made objects which were scattered in and around them. It made them despair at the realisation that their bodies had shrunk to such an extent that they could become buddies with butterflies.

Their bodies also released a strange smell that was irresistible to the other creatures. It was too late by the time they came to know of this fact as they gazed at the humongous creature that stood before them with saliva dripping out of its mouth, ready to devour them. Helpless, weak, and powerless; the couple struggled to survive against all odds. This is their story of survival where their wits, knowledge, mentality, and familial bonds were all put to test.

All lives that were created under the hands of Gods prospered during the Era of the Gods. Resources were plenty, health conditions were at the very best, and life blossomed. All except the natives of Earth.

'Humans' as the race native to Earth called themselves were small, weak, had low lifespans and were almost at the very bottom of the power structure, food chain, etc. Their survival was difficult.

Countless hardships, a millennium of preparation, and finally, a forbidden ritual. Humans obtained the ‘Power of Creation’ and became the ‘Gods’ themselves.

Harnessing the ‘Power of Creation’, humans created various tools, technologies, medicines, etc and became the dominant race on Earth. The few surviving Gods went into hiding to await their rise once again.

10,000 years had passed since then. Humans had entered the Silicon Age and geniuses sprouted like grass. Every day, new technologies were developed, medicines researched, weapons created and new frontiers of the vast space explored.

Finally, on one fine day during our glorious era, humans had finally exhausted the ‘Power of Creation’ that they stole from the Gods.

How will humanity survive from here on?

Support me through Paypal: https://paypal.me/OverlordVenus