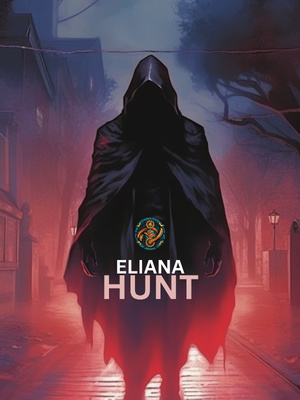 Darkness engulfed the cave like an endless pit of doom.

That was until one discovered the route. Dimly lit by torches on either side of the jagged walls, the warm orange glow guided the path of the seemingly endless tunnel. Faint sacred scriptures appeared under the dim light, engraved on the sanded walls - and the site was eerily quiet, interrupted only from the occasional sound of dripping water from cracks in the rocky roof above. The smoky smell of campfire danced through the air and became stronger as one wandered deeper and deeper into the cave.

Gradually, people shuffled along the narrow passage. Their attire was identical; long, royal blue tunics with white sleeves and an oversized hood that completely covered their heads. Their faces were obscured by the shadow casted under the hoods, and a rhythmic chanting can be heard as they moved along in a slow orderly pace.

They entered an atrium. An enormous burning torch set on a small platform in the center of the room, its prized place. An altar was placed proudly beside it. The people continued chanting in unison as more and more entered, filling the entire atrium until there was no space left for anyone else to stand.

At that moment, the chanting stopped abruptly. Every single person stood completely still. No one dared to move.

Soon a chime was heard, and a masked man appeared on the platform, dressed in a long, white tunic and cloak, the large hood of which also covered his head. He brought forth an item wrapped delicately in silk. Placing it on the altar, he put his hand over it and began chanting.

Suddenly cracks started to form in the ceiling of the atrium and the walls began to crumble, but still nobody moved. Nobody feared. All were entranced.

The masked man ceased his chanting, and the room regained its stability once more. He took his place beside the altar and looked around, ready to address the others.

"Only ONE shall be allowed to keep the artefact at hand," he spoke, with a clear, loud voice. "The powers encased within this holy rock shall not be used by anyone for personal gain. It is only to be used in an attempt to reach the goal that is partial to our Saviors' plan."

He observed each member of the audience back and forth, scanning with cold, hard suspicion. This matter was taken with great caution. "Who shall the trusted be?"

Silence filled the room as all eager eyes laid upon the masked man. All waited in anticipation. Some shuffled from side to side impatiently, peering at others to seek reaction or response of some sort, while most stood still, like frozen statues of blue and white. The room was filled with suspense.

"Who can carry out this deed?"

Again, no one spoke up. Dead silent, except for the sound of dripping water from the ceiling cracks, filling the void.

The masked man looked around the audience once more and roared:

Murmurs could be heard echoing around the walls of the atrium. Everyone looked around them, in search of The Chosen.

Who could The Chosen be?

Who would be brave enough?

I wouldn't dare to even think…

Almost as abruptly as they started, voices began to die down once more. The masked man had risen his arm, the long white sleeve of his tunic swaying gently like a flag. The crowd noticed his arm and everyone fell silent. The arm, with a long pointing finger. Pointing at someone. Someone was chosen.

A hooded figure, dressed identically just like the others, moved through the crowd. Slowly the people parted like the Red Sea, making way for this unknown individual to walk up onto the platform. They looked on in admiration as this figure regained a new title: The Chosen.

The Chosen bowed low before the masked man, with his hand on his heart, an indication of utmost respect and loyalty. Without a word, the masked man lifted the rock from its altar. The Chosen reached out and received it with both hands…