/ Fantasy Romance / Famous?... No Thanks 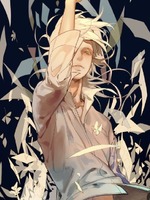 Due to A Forbidden Love. False Promises. And a Affair.

Young Ellie is force to dress as man and become Edward. And from the moment she could see, trained to be the heir of a million dollar company.

However, being a illegitimate child of a maid, she is treated worst than dog and her life is in constant chaos with danger lurking in every corner, she can't trust no one.

Yet, through tears and blood maintenance her position.

But her world is thrown upside down.
As the first wife give birth to her first male.
Now with a proper heir.

Edward is disowned and thrown to the street with some cash.

Blinking Edward lifts his watering eyes towards the sky. His majestic figure seems to glow to all around him, looking at him some poeple wondered if he was praying. And pitted that such a young man was in misery.

Edwards thoughts are far from praying, no, she's dreaming. A dream greater than anyone could image. She was free. Finally her years a suffering where over.

The hell, she didn't care for being disowned by that rotten family. Or losing her hard earned company. The company could burn, for all she cared.

No, Edward's mind focused on her noble pursuit. Her dream.

" From today, I will no longer be hold down by the chains of society. Today, I will be swear, I will follow my dream"

{I will become the world's greatest Screen Writer and Director, this world has ever seen}

It's Crazy Lolipop, here to begin you a new story.
This is a original story.