In Library Add to Library
sign in
25% Tale Of The Magical Strand / Chapter 1: All The Way From London 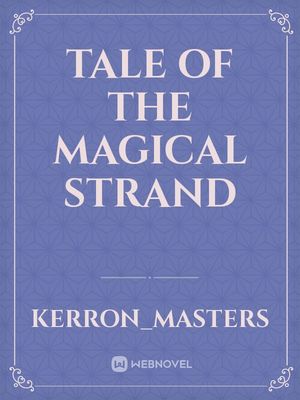 Tale Of The Magical Strand

Chapter 1: All The Way From London

"This is the fifth one this month!" Detective Benjamin stated as he looked down at the ashes on the ground. All five crime scenes have shown a sign of struggle and then a pile of ashes. Forensics have not been able to identify any of the ashes so far that they have seen at any of the crime scenes.

This is quite baffling and the captain is breathing down my neck for answers, Benjamin lamented at his team.

Everyone bowed their heads in shame as they were unable to produce any solid theories or answers to the crimes.

To the end of the apartment, at the front door, two individuals showed their badges to be let into the crime scene.

Detective William, Benjamin's partner looked at the well dressed man and woman and asked as they approached, "What division are you guys with?"

The well dressed man looked at William and showed him a silver badge which had an engraving on it which read "Branch Of Special Cases, Division of London."

"You are a long way from home, joked detective Williams."

The well dressed lady, quickly passed Williams and headed towards Benjamin who was standing next to the ashes. When she arrived next to him, Detective Benjamin muttered,

Thank you, she stated as she stooped down to scrutinize the ashes. After looking at it for a few seconds, she got up and returned to the well dressed man, then they both turned towards the exit.

Benjamin asked, don't you want to hear about the details of the case?

We have all the information that we need, detectives. Thanks again, the man responded as they left the apartment and exited the building.

Brits, Williams whispered to Benjamin as the English pair left the apartment….

The well dressed woman spoke to the man when they were away from listening ears….

"It was definitely the remains of someone. Someone had cast an extremely powerful spell, which either burned or electrocuted them instantly. No one we know of can do such a thing!"

We need to get back to London then, Aiden uttered, as he ushered her into the nearby dark alley. Wrapping his left arm around her he asked, "Are you ready Lela?"

Then he pulled out his wand from his jacket and whispered

Then the pair vanished from the dark alley under the night sky.