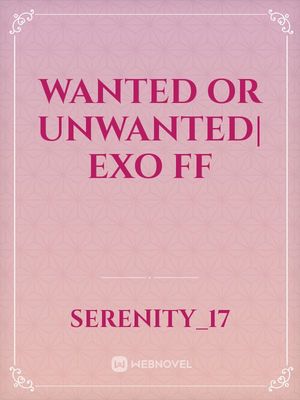 Y/n has had a very confusing and rough life. She was abandoned on the side of a river and found b a kind witch. Just when she was a small 6-year old she was already wanted by the law. She never felt love, only hate. When she would be happy it would be taken away from her. She was a disgrace to all wolf kind. Even more horrible events had passed and now she was on the run.

She ran from kingdoms as a wanted fugitive for murder, theft, homicide, and her past. As she ran, she was taught under the hands of wolf legends from all over the wolf kingdoms. They could see what others could not in her and took her under their wing. They helped her control the other abilities that she has had since she was born. It was as if they knew what her future held.

However, that small family did not last long. When Y/n was 13 years old, her small family of witches and wizards were assassinated by the kingdom's soldiers. She was back to square one, except this time she was as skilled as the legends in the books. She was boiling with anger and decided never to let anyone into her life for they would only die once they came into her life.

Losing her second family made her cold and bitter. She killed without mercy. She did not show anyone any kindness. She became what everyone thought she was...a Monster.

As time past, the law was catching up to her. She has been gifted the name "Black Beauty".With her popularity as a fugitive, it was easy to get all the kingdoms soldiers together to capture her. Her name had already spread around the kingdoms that lead them into warnings and more on guard. She had been captured before when she was outnumbered, but she always managed to escape before execution. She would be tortured, raped, starved, you name it. But somehow she always managed to escape.

What no one knew about Y/n was that she would never kill an innocent person. If the person was Not innocent she would not blink an eye. There have been some times where she would kill unintentionally. That was what was wrong with her. When she lost control she Lost control.

She would feel horrible but she pushed it down to keep her emotionless state, but when she was alone...it was a whole other story. It then came to her mind as to why she was so different. She knew she didn't belong but why was she treated so horrible in the first place. She didn't ask to be so powerful. She didn't ask or want any of this to happen, but look where that brought her.

During a period of time, she managed to get the kingdoms off her tail for a little while and managed to find a small hidden kingdom at the edge of the " Unknown Border"

Luckily, no news had gotten out that she was wanted in 10 different kingdoms. She befriended the princess by saving her life during a robbery from other rogues. The Princess invited her to stay at the palace. Although Y/n had to keep her identity a secret, she very much enjoyed letting her walls down for someone who accepted her for her.

As she stayed with the princess, she practiced controlling her powers even more with the information she 'received' in the past. Now, she had a bit of spare time actually practicing instead of running all the time. Y/n and Princess Lisa were very close so Y/n told Lisa who she truly was. Lisa did not care because she had seen the true Y/n and understands how difficult it must have been for her.

During her stay at the palace, Princess Lisa had a brother, Prince Jimin, that was quite fancy for Y/n. He was constantly flirting and trying to woo her. None of his actions fazed Y/n which got him annoyed. Y/n told him that she wasn't interested in him, millions of times. At one moment she almost killed Lisa with her power because of a fight between Jimin and Y/n. Lisa tried to break up the fight and almost got killed.

Y/n was terrified at what she was capable of and decided to leave the kingdom to protect her. Lisa tried to convince her that she was alright and that she wanted her to stay but unfortunately, Y/n was not convinced. She did not want to lose another loved one. Lisa grew depressed when Y/n left those front gates of the palace, but a certain brother was furious.

On the Day Y/n was supposed to leave, the prince proposed to her and confessed his so-called feelings for her. Confused, Y/n had rejected his offer for she had no feelings for him and sought out to leave the kingdom. The prince was bubbling with anger and threatened to kill his sister if she did not marry him. Y/n thought it was an untrue threat and that he would not actually do it so she left the next morning at dawn.

While Y/n was about to leave a rumor had spread that the princess was killed with the body no longer there. Jimin framed Y/n of this crime and sent almost the whole kingdom along with others to get her. Y/n was caught off-guard and was captured and taken to the dungeon. 10 months she had spent in their tortured, raped, starved, etc. She has been through this before, but it was never easy for her to endure the pain.

Y/n had gone back to her emotionless self BUT she did not give in. She grieved for the 'Death' of her best friend but she knew that she could not stay here any longer. It was obvious that Jimin had done something to Lisa and she was going to figure out what it was.

She had overheard the guards talking about how the prince had alerted all of the kingdoms known to wolf kind that Y/n L/n the ' Black Beauty' had been found and captured and was ready to be executed or tortured more for all of the other kingdoms. She realized that Jimin had done some research and turned her into the authorities.

That same night she came up with a plan to escape....although it might not be an unnoticed escape, at least she would live...even for a little while. Y/n managed to get away but even a weak body has their limits. Without food or water, she was at a disadvantage.

She decided to do something no one would ever do. She would venture into the 'Lost Kingdom of Royals'. It was beyond the borders of the other kingdoms, no one dared to go near it. And those who did never came back alive. It was the only choice she got. A day after she escaped she was still being chased. She stole a map to her destination.

She went past the checkpoint and toward the rundown bridge, the map had said there was.

Just when she saw freedom...