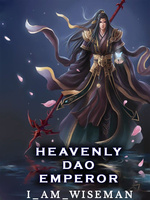 This is the world where cultivators exist, immortal exist, demons, devils, elves, dwarfs, fairies and mortal exist. where strong reigns the weak, strong topple on the weak.

In such a world, a boy who doesn’t know his past appeared out of nowhere, almost became snack to demonic beasts but saved.

He showed outstanding talent in cultivation but was called abandoned
He wants to live a peaceful life, unbeknownst to him he involved in many conspiracies.

His adopted mother went missing when he was five years old, his father left when he Was 9 years old...

He wanted to save his mother, he wanted to find his father, but he is too weak to change anything and at that movement, Qin Tian determined to become strong, strong enough to protect his family.

Qin Tian looked at the sky, smiled feverishly, eyes turned bloodshot, gritted his teeth, clenched his fists and shouted at this unfair world.