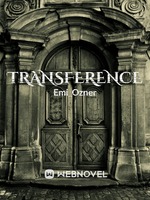 William dreams of wielding magic. At a close call with Death, he manages to win his trust and become his student. As he trains, he uncovers an ancient war against demons, the purpose of his magic, and a whole world where his own identity is questioned. Seeking answers, he falls into a conflict between a mystical race, and a man of God who disposes outliers. The pull of the mysteries of his life and powers lead him to a new reality. A reality where deceit, suffering and wishes cause himself to die and be reborn into something godly.

Set in the 1500's, TRANSFERENCE is a coming-of-age fantasy about a boy, who dreamed of light, but was destined to be of darkness. The book depicts struggles of youth, love, self-discovery and tackles religion, politics, life, but mostly death.