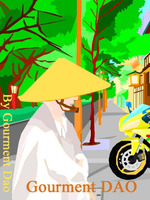 A gourmet novel that tasted great, he learned imperial cuisine and the ordinary cuisine of a nomad and an outcast. He managed to use his talent to withstand the difficulties of the path, to find his path of enlightenment and will strive for success. On his path of life, there have been ups and downs. He was able to understand the essence of the world.
Once, an entertaining story happened to him, since then, he got the opportunity to travel back to the past and learn the now-forgotten recipes.

---
The first two weeks - two chapters on the day of the update, and after the update every 2 days for 1 chapter. 3-4 chapters per week.

The introduction to history is long, but the story of the time traveler begins in chapter 30 in search of new recipes. Which are actually just forgotten ancient recipes.