Reviews of Infinite Mana in the Apocalypse - Page 1 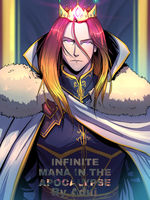 Infinite Mana in the Apocalypse

So it has been five months since I began writing this novel, and here is an updated review answering some of the many questions I come across. Of course, first and foremost is the story itself: Noah Osmont is an average guy in his 20s with no superhuman brain or genius-level IQ, and he receives the gift of Infinite Mana in a world facing an apocalypse, a world that is filled with Dungeons that routinely need to be cleared or they will explode with monsters. He learns more about his gift as he starts off his adventure as a Hunter, much of his time filled with blood-pumping battles as he spams spectacular Skills on unsuspecting Dungeon Bosses. This adventure continues as he becomes stronger, learns to become smarter, and uncovers the mystery behind his Infinite Mana, as well as get tangled with the major powers of his world. This fast-paced adventure quickly moves forward as even more mysteries are unraveled- Who initiated the apocalypse on their world? How many more worlds are out there facing the same thing? Why exactly are Emperor Penguins so arrogant? Which world's cuisine is actually the best? The adventure will be long and exciting, with an ending nowhere in sight as we uncover more mysteries about the worlds around us, and the Ancient Powers that move behind the scenes... Q- Will there be a harem? A-Well, yes, a mini harem at most, with only two or at maximum three Female Leads. Q- Will the MC actually get smarter? Yes- He's a normal guy learning about everything firsthand and trying to improve, not a Webnovel reader equipped with immense knowledge of what can and should happen in the future of a story, and the exact correct ways to react to it. He will eventually become more pragmatic and careful as ruthlessness slowly see** in, without him becoming a cold-blooded murderer. Q- Just how OP will the MC become? A- Very. There is no limit to OPness Q- Anything else I should know before I start binging? A- It's a fast-paced novel with no heaven rending beauties described for an entire chapter, filled with action and powerful Skills and Abilities that only expand as time goes. Enjoy the ride, and a big thank you goes towards the readers who have supported and enjoyed the novel all this time ^.^
8mth
view 76 replies

wonderful read, one if the very best that I have come across. great story, great character. when I say top read I mean of all the books I've read not just web novel. I am a very fast reader and have read hundreds of books in my life and this one is most definitely in the tip top rankings of those reads. for sure a most read for all that come across it.
7mth
view 10 replies

This is one of the best books I have read in the genre Fast paced, but without really losing out charater development. The story and world-building are excellent, though world-building is a bit limited for reasons which will become apparent in the story. One of the book’s strength is that it heavily relies on your knowledge of various myths or tropes in order to ‘color in’ the world, but you can easily and blissfully ignore that and just go with the story. The MC is definitely OP, but again, the enemies he has certainly make him work for whatever he accomplishes. Highly recommended :-)
7mth
view 14 replies

As someone who’s over 600 chapters in, the story shouldve ended long ago. now it’s just the same thing over and over again with long boring arcs that make no sense. not entirely the authors fault as i sincerely doubt I would be able to write a book thats this long, but still it feels like he’s running out of Ideas.
1d
view 0 replies

This novel will never be truly good because its foundation is a golden spoon and plot armor. I liked to read it but all the time i spend doing so seems so pointless.
2d
view 0 replies

I don't really hate this story, but let's be honest. The writing is at the level of a 12-year-old kid who decided to write a story of his own. In fact, I bet that many 12-year-olds would do a better job. The beginning and the premise are completely copied from a Korean novel with a similar name. The main character is one-dimensional while the side characters are ZERO-dimensional. This story and system are so simple that even someone with a 70 IQ would understand it easily. There are plot holes starting from the first chapter. There the MC said something like "I hope that I'll awaken a useful ability"... But in fact, in this world, there are no abilities to awaken, lol. If you aren't facepalming at most of his decisions then let me congratulate you - you've passed this IQ test with 80 points! Yay! So why is this popular? I think that this story, Vampire System, and Cultivation Online show you what you need to succeed at Webnovel. Op protagonist, a fast pace so that he could show off how OP he is, fast release rate so that people could get addicted to your story. That's it. Other people waste their words by trying to write a story that makes sense, the only one who managed to get to the top with such an approach is the author of Supreme Magus.
2d
view 0 replies

Ridiculous power scaling that is nonetheless very satisfying to read. If constant progression is your thing, then this is worth a look. The pace is decent, MC doesn't get hung up on any conflict for long (although there probably should be a few longer challenges).
4d
view 0 replies

The story has been very fast-paced; it is one thing after another with little to no breaks. This creates a lack of character development, making me care less for them, especially when it moves from side character to side character. However, I think these problems may improve over time as I am currently only on chapter 70. Overall this is a fast-paced action buffet that I currently recommend reading for those who like the solo archetype.
6d
view 0 replies

If I am correct in ch 774 it said each doa crystal was worth 0.5% of a doa so what if he changes the ruination core suffix to 10,000% comprehension of doa of weather wouldn't it make it so that each core would be worth 50% comprehension.
7d
view 0 replies

A good story with good plot but the form of writing is a bit weird as it is written in a first person limited pov. For me, this type of pov, hampers the flavor of excitement created by this type of genre, as oppose to the more conventional 3rd person omniscient pov writing. just my 2 cents.
9d
view 0 replies