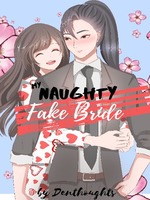 "Oy! Get in and scrub my back!" He shouted, calling out from the bathroom.

Silently cursing him for their current situation, Han Jie does not have a choice but follow the liege. So with shaky hands, she did what was told. Han Jie scrubbed his naked drool-worthy back while resisting the temptation to look down or something more shameless.

"Ah, sir, can I go out now?" She asked, eventually. It was so hard for her to stay longer and not try to molest the man. Her patience is at its end. Seriously...

"Go out? You are not even done scrubbing the rest of my body! Do you want to go to jail instead? Who told you to use me without my permission?!"

"No, sir! I will scrub... I will scrub..." Han Jie cried without tears, blaming her luck for being wrong. However, if time would go back, she will still do it again, but more careful to avoid being caught.

Moments later, when he is satisfied, she finally got out of the bathroom, nose bleeding. However, instead of being concerned for her health, she was more worried worried how she will last in this fake arranged marriage...

***
Thank in advance for your support! Let me give back by giving away $10 worth if goodies or cash for 4 supportive readers for the entire duration of the Webnovel Spirity Awards Spring 2020. Further details will be announced on my chapter's author notes, so don't forget to add this book on your library and read the chapters! :-)