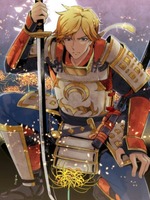 Donovan Brady was a 21 year old American programmer who after a certain incident found himself in the afterlife, going through an automated reincarnation process because the deity in charge of reincarnating him had stepped out for a few centuries.

Feeling outraged, and finding some familiarity with things from his past life, he demands to see the complaints department. It turns out that there actually is one, but they stepped out for a couple decades as well.

Outraged, Donovan uses the terminal in the complaints department to take his own future into his own hands, programming himself a system and sending himself to the World of Remnant as Jaune Arc, with huge dreams for the future?

Should he follow canon? Hell no! He decides to save everyone that he can. There may be a butterfly effect from his choices, but he keeps moving forward while trying to make the world of Remnant a much better place.

Just how much can he screw up Salem's plans? With the access to the StellarWeb of the gods, provided by his system, he can track her and her minions at any time.

With the shadow clone jutsu, he can be an many places at once, with the Flying Thunder God he can travel across the world in an instant, and with the Byakugan/Tenseigan, a huge repertoire of jutsu's, and a zanpakuto from Bleach, he's ready to rain down hell upon the villains of this world, but will he be satisfied if he wins

Find out by reading his story.

Notice : I do not own most of the characters that will be featured in this story. This is a fanfic that I am writing for fun, and hope some will enjoy it. I also do not own the image.