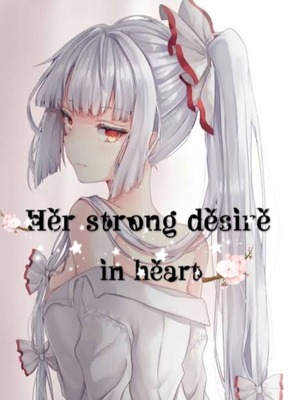 Her strong desire in heart

It has already been over half a day, however, Eunice is still slightly muddled. Although she is famous bookworm, her IQ has really crossed the passing line.

When she woke up, she not only became a whole new person; she also had the memories of the other person and the plotline of the story, in which the other Charcter existed, was implemented into her brain.

So she has transmigrated?

Or did she enter into the story?

After 18 years of Painstakinging hard work, I finally finished the exam. However, I haven't even seen the exam results, how could die?

"Venus! " she just came out of her trance when a women entered huffily.

As Eunice was currently thinking this, the sight of Shony carl was still unfamiliar to her eyes.

As soon as Shony carl saw her sitting dazedly in bed, her hands flew forward and slapped Eunice across the face!

A loud sound accompanied by pain echoed. Eunice was originally disoridnted, and at this moment became completely stunned.

This is the mother of the original's body, the biological mother, 😧.

After she woke up, she not only had her own memory, but also the memory of this book, so she knew that the mother-daughter relationship was not good, but she didn't expect that Shony carl would hit her directly.

I was stuned for moment, and couldn't evade in time.

Shony carl was also stunned after slapping her. She looked at her own hands and then looked at Eunice's (Venus) slightly red face over and over again. She opened her mouth 😦. In the end she finally said "You will start school the day after tomorrow. Tonight, the old house will give you some practice. Venus you must apologize to Jasmine tonight! "

After a pause, she added on some more, " I'll go the old house first, I'll pick you up after five o'clock. Clean up the mess on your face by then! "

Shony carl finished her statement, turned around, and left. Eunice raised her hand touched her face, her expression was still blank.

Is this truly a biological mom?

No, she still has two more years, she can definitely practice it five more times!

Eunice stood up from the bed and walked into the bathroom, and then froze.

The refection on mirror had Red hair, two big hoops hanging on her ear, both the top and bottom of the eyes were covered in black eye shadow, the face had on three layers of makeup and bright red lips. One cannot even see the original apperance.

Hi guys this my first novel

I hoping to everyone will enjoy this