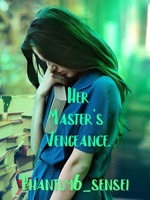 Who am I, I say I'm a weapon of vengeance, but what do I really want, I believe I am evil, am I?

My dying father held me in his arms; he comforted me and promised me it would all be fine. 'Father, if you lie before you die you'll go to hell' I told him as I tried my best to hold back my tears.

He paused and smiled, then looked at me and said 'Reno, my son do you know what the dead want?' 'Nothing, they don't want a thing' I said. He smiled at me and hung his talisman around my neck.

On that day, my father the great King Raphael Woo died mysteriously.
My father was the leader of the Gaiden, a group that was very much the head of the 'kings' special people gifted with talisman, an organization far beyond the control of the government.
My father made a decree, 'Men and kings are equal' he was a naïve man; in his eyes all men were equal.
He was the strongest king, but there he lied in the courtyard on his knees bleeding profusely and his fellow king, Kang there before him.
I was only 12 when it happened. As I would soon find out without my father life in the Gaiden's court would become a living hell.Same with the rest of my life.
Risen from death, bestowed with fantastic powers and fueled by vengeance he will burn the world!!!

Credit for the new cover goes to Syaibatulhamdi on pixa bay.