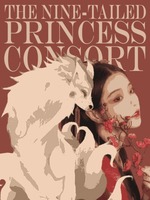 Hoshi is a dedicated Taekwondo instructor. Accountant by profession, Taekwondo instructor by choice. She grew up without a mother because her mother died after giving birth to her, and her father has another family so he just gives Hoshi money. In Hoshi's 25 years of existence, she's used to being alone.

She went to the beach to have a vacation but unexpectedly, she met her enemy in there. She offended her enemy so she drowned in the sea. When she opened her eyes, she's inside an ancient Chinese bathroom, her head was underwater.

She stood up and stared at her reflection in the water, she has the same face, the same body built, but the place where she is, it's very unfamiliar.

When she went out of the bathroom, a bunch of female servants in hanfu pulled her towards the dressing room. She wore a qun kwa, and the servants fixed her hair, and covered her head with a red veil.

Then, the servants brought her to a shoulder carriage. Hoshi peeped through the curtain and saw that everyone is now walking. When the circumstances sank in to her head, she realized that she's dressed up as a bride, and she'll be brought to her husband's mansion.

When they reached the mansion, the servants and eunuch brought her to the bridal chamber. She removed her veil when everyone left, so what if it's bad luck?

She thought of the events that happened and suddenly, her head ached. Just as she opened her eyes, she found it hard to move. It seems like her body is too small.

She went to the bathroom to see her reflection in the water, and she was surprised to see that she became a cute white fox with nine furry tails!