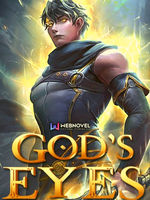 This is my second review and I´ve currently released about 100 chapters before I even realized it. Time passed so fast, I want to clarify a few things that might have annoyed some readers or caused them to cringe :3 The following list might also help new readers to decide whether to read the story or not. 1. My native language is not English and unfortunately, my grammar and vocabulary are not perfect [Sorry for that] It might happen that the chapters from 1-60~ have some minor plot-holes/slightly weird character development and the reason for this is quite simple. I started to write this novel without any prior writing experience and in a foreign language at that. If you can´t bear to read a few grammar mistakes and minor overall mistakes it will be quite difficult for you to binge read or follow me on my journey. 2. There were some readers that couldn´t help but lament about the MC´s cringe-worthy behavior because he is emotional… Jason is a youth, barely 14 years old, and had to endure a tuff past… character development shouldn´t be over in a single chapter, right? Furthermore, due to his young age, he might act childish sometimes, even though he is used to behave like he already matured. 3. I’m sure that the MC will not have a Harem, but most likely a future romance sub-plot. 4. My Novel´s name is [God´s Eyes] but in the end, there are also other aspects, helping him to grow stronger. 5. The world our MC lives in is labeled “High-Fantasy” for a reason, please don’t try to use normal physical laws, even though I´m trying to make it a little bit realistic. 6. The story is unique, yet slow-paced and I did my best to improve my writing quality/style and every critique previously stated, but in the end, I´m just doing it as a hobby, because it´s exciting and interesting. I gave myself 4 stars because I see that I can improve myself further and I hope everyone will give it a try :3 Thanks for reading the review <3
4mth
view 30 replies

I find this novel fun to read and entertaining too! Currently read 100 chapters. Good points are the world building which is amazing, the skills and cultivation itself and the position beasts occupy in the world too without being just tiered walking resources. I would criticize the main character though as being too much of an idealist even after all his shtty past, which is kind of weird. He cares too much about world peace and living conditions of people he doesn't know nor should he care about. Imo it would be better if he were just cold and consider only his self gain and the safety of the people arround him. There are some minor spelling mistakes but not too relevant here and there. To sum it up, it is a great novel so if you like the genre you definitely should give it a try!
2mth
view 2 replies

From the start to the recent chapters the story has flowed quite well with no jarring plots, its been written brilliantly, the world building has been done well as well but has to have a qualitative upgrade once more worlds are introduced, the human cultivation system while it might draw in readers because of the new beast system but is actually quite limiting, with barely the good soul world bearers having a chance at a high level and the rest having to accept mediocrity, body refining cultivation has now been introduced which is a good start already and with the mc being of a stronger race im guessing he'll also cultivate with that races system and bloodline which again would be a stronger system, when his bloodline awakens i hope the bloodline itself grants him a way to cultivate the way the celestia race does atleast For a book which the author says will only have about 1000 chapters we're alraedy almost 30% through with only about a year gone and no actual personality change in the mc, but just teenage growth, if the mc doesnt change much this story will somehow end up with an mc with a teenagers personality, no special personalities like being a sadist, womanizer, cold, evil,lazy, chilled out,and the chaotic good ones etc What we have is a person who nice and at best hot blooded for battle which is too basic for an mc hes basically got aside characters personality THe side charactets dont pose much attachment and are disposable in the sense the mc will leave them behind, hopefully that changes when he reaches a stronger race and makes friends Completing this story in 700 chapters kinda feels jarring, i expect multiple time skips to achieve that which i dont want to see in quick succesion, hopefully the author decides to keep taking it at a slow pace and extend the novel to about 1500 chapters atleast THe time flow needs a revamp, with the soul powers issue dealt with, and body refining being a long term thing, we dont need a day to day story, time can flow faster, if i ignore everything and just look at how at almost 300 chapters we've only had almost 1 year passing i must say its one of the world time passage sequences written, with there being no reason to have the mc start growing to the top in just a few years, and with him potentially having a long life span, the time definitely has to flow faster In essence except these minor issues to be dealt with the story itself is quite nice and has good potential the only thing to avoid i guess is an over fixation on the human race and making it reach the top, too many books have done that, and frankly books that dont focus on races to take up and focus on the mc and his companions and stuff as people more have a better plot
1mth
view 2 replies

just gonna say that the novel would be better if you could lessen the drama a bit. like the story is good but it's kind of revolving around drama first his eyes part good and i like it then the family love was ok ii accepted it but when the part comes that his teacher is being all emotional with him and i kind of disliked it . i know he is a kid but i still think you should lessen the drama.
10h
view 0 replies

I'm still quite a newbie in here but my first impression on this story was quite cool , fun , and awesome, hope to see many twist in this story
1d
view 0 replies

I think the book is written well with interesting characters but what i find missing is the goals of the main character. Why does he want to become stronger? Is it still because of his mother or is there some other reason? He continues to make not the brightest descisions like helping his friend because why?? so that the author can make him a rival which i think is really unnecessary
7d
view 0 replies

A really good read, well worth it for those who like beast companions, and weak to strong. Well developed world with a darker untrustworthy side to it. Long may it continue.
20d
view 0 replies

I absolutely love this novel and couldn’t put it down since i first read it!! The world building and the bond between Jason’s soul bonds and friends are just too good... And who doesnt like a protagonist who constantly amazes people with what he can do... haha!! I’m realy excited to see whats in stored for the future!!
21d
view 0 replies

From what I’ve read so far, the general story is interesting and the various power systems are balanced and reasonable, but the writing in general is sort of sub-par. I’m not too sure if the writing quality for the first 50-100 chapters or so carry over into the rest of the story, but the author’s general “flow” of words is a bit awkward. If it wasn’t for my love of these types of books, I would’ve dropped it in the first 5 or 10 chapters. The characters are 2-dimensional. As an example, Malia. The way the author portrays her initally is someone who has a dislike of Jason because of the Soulbond Greg did. But after their eyes meet, she does a 180 and immediately has a positive impression of Jason? Just that part is cliche. I don’t usually keep up to date with updates of any webnovel, so I just rated it five stars. The worldbuilding is great. It’s easy to visualize and understand, but also can be too easy sometimes, even disregarding the show, not tell rule. Finally, the storytelling. I have a positive outlook on any books that involve magical animals and getting stronger through your own means. The story is the defining feature as to why I like this story so much. Minor criticisms here, but some of the decisions Jason decides to make are illogical. I’m not sure if it’s because the author just slipped up there or if he’s trying to portray the fact he has to do things no normal adult would do as a thirteen/fourteen year old. 4 stars. Keeps me from sinking into quarantine boredom. Will update in the future if needed.
26d
view 0 replies

I have found this story to be entirely engaging and am looking forward to the new chapters, it's been one of the more entertaining stories I have read recently.
1mth
view 0 replies

Just read couple of chapters and i love it... keep going author.. you r doing well.. i dont know how you could write 2 novels at once.. seems quite a hassle
1mth
view 0 replies

I love it the story. I have read up chapter 198 and the story never fails me besides the occasional grammar flip ups. Though the plot moves quite slow but still
1mth
view 0 replies

it's a good book i will try to read it all but it's not easy with the coins haw can I get more of them? without paying a lot of money? i am sorry
1mth
view 0 replies

when someone is trying to do things in perfect ways..I definitely appreciate d author bcz of your audacity to give a try and doing for ur own happiness ,heart (it's doesn't matter-- language)..just keep doing .😘
1mth
view 0 replies

A fun variation in the cultivation sub-genre focused on beast taming. The combat and taming mechanics are interesting, and the world has many mysteries. My only complaints are that the English and writing could use some improvement, but overall it is still a very enjoyable read.
1mth
view 0 replies

i find that i love this story. at first i only read it becayse it was free for 24 hours but i ened up staying up till 3am reading. i was totaly engraossed. the grammer and spelling mistakes are actually relatively low from what ive seen in other novels. and to not even have english as a native language im thoroughly impressed.over all fantastic and i will continue to read whenevr i have the coinage to do so.
1mth
view 0 replies

Great story easliy my favorite Novel so far. I love how he gets mana eyes and love his character development. the story gives great background knowledge and I also recommend his other Novel because it is really good as well
Reveal Spoiler
1mth
view 2 replies