Reviews of An Unknown Cheat or I dunno - Page 1 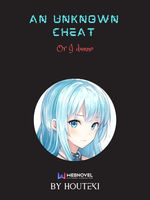 An Unknown Cheat or I dunno

Wow! Brilliant! You know, I really like the concept of this book. The world-building and the magic concept are really well thought-out and well explained! I always like a concept that can be explained well, hehe! Also, the characters are all memorable and have their own personalities, which makes them feel even more real. I like reading this, it felt immersive and I was enjoying following his journey! :D Oh yea, congrats on your 10th chappies author! :D Can't wait to read moreee! <3
6mth
view 1 replies

The story has a unique start. I'm so tired with all these novels about a NEET or an otaku who were suddenly isekai'd. At least this one is an employee. As we all know, being an employee can be stressful. Plus, it's common for isekai'd characters to have a special quality or ability. That doesn't sit right with me. It is unfair to the original resident of the world. It makes me imagine that there is an imbalance or glitch happening in that world. For the protagonist of this story, there is balance. Yeah he was isekai'd but he doesn't have mana. He just has this specific knowledge (kindly read the novel to find out) from his past life. I think that's a good deal here. Working his way from bottom to top is also a good story for me. It's boring if the protagonist is already OP and will be born to a strong or rich family. Or is it just my illusion? It could be that he is just plainly unlucky. (I read and watched some stories before of someone being isekai'd and being OP and I stopped after a few chapters or episodes.) I believe there will be a good character and story development. I am hoping to see this world in detail. I want to be able to imagine how the world looks like; how the characters look like. The grammar can still be improved. That's my main concern. (Just like the use of commas, semi-colons, and periods.) All in all, it was a good experience to read this one. I want to see more of the girl character that the protagonist met in the early chapters. I am curious of her. I also like the protagonist. He's not some sad boi or useless NEET or delusional madafaka. I can say he is a decent man with rational thinking. Continue writing.
Reveal Spoiler
6mth
view 5 replies

Okay. So far I have read up to chapter 14 and I gotta say, This story is great if you're looking for some magic isekai slice of life genre. The one thing that fascinated me here is some of the vague statements here actually makes sense if you think hard enough. Please keep on updating this :)
6mth
view 1 replies

What happened to kaff's mom. plz tell me i need to know. And can Meltor(kaff's father) be reborn. anyway the book is great. story development and character design are great.
4d
view 0 replies

Over all the quality of writing is mediocre, good compared to other novels on this sight. The writing is easily understandable and rarely is there a part where I have to read it more than once. Story development is not so good, so far I'm 17 chapters in and see no indication of where the story is heading and what type of novel its gonna be, other than it seems like the typical weak to strong. The novel is set in a very interesting world, which I would love to read more of, especially how the power levels work. Unfortunately I will be dropping this novel, why? it's ridiculous - no effort has been put in to create any type of unique character and the author forgets that a 4 - 6 year old child IS A CHILD. In 3 chapters, the mc (a 6 year old child by this point) is allowed by all members of his family to go to the same war his father - the fastest sword man - was seriously injured in and still hasn't recovered from, then when his parents have left him at his grandparents (his father ran off to the war without him and his mother is selling her body to a man that could heal her husband) his aunt and grandparents guilt trip him into going to the war to rescue his father. And then after all that, it is stated that he cannot carry too much because he is a child. And this is just the tip of the iceberg. The rest of the characters can be summarised in a sentence each. The parents are typical strong isekai parents who have settled down to have a child, the aunt dotes on the mc a lot and will find any excuse to hug him, and the grandparents don't even have any character, there's literally nothing i can say about them, any unique qualities about the grandparents? nope, the most unique thing is that the grandmother lets off a scary gaze. these characters can almost be found in any other medieval isekai novel. I apologise if I've gotten anything wrong as I have only read the first 17 chapters. But in my defence the beginning chapters are the most important as they are supposed to entice the reader, and in my opinion the first 17 chapters have failed to do just that.
1mth
view 1 replies

Hi! This is an editor of the international writing contest SWA II. I believe your book has great potential, so I invited you to join in a week ago. Please reply to me so I can discuss this with you in detail.
3mth
view 1 replies

Reading this story make me feel like walking on a track of one's life. The writer put all the things on very smooth direction which make the reader forget time frame.
4mth
view 1 replies

An amazing one. I focused in detail and enjoyed it too much. illustrations are successful, design of the story is good. I gave five stars for all stats. Congrats
5mth
view 1 replies

Great story idea. I love the concept. I like the twist in the events. I also like the development of the story, not too fast, but also not too slow.
5mth
view 0 replies

An author's own rating of course, gives a full 5 stars. With that said, whenever you get fed up with the usual OP powered protagonists, having a system or some sort of cheat after getting an isekai, then I suggest you to read my book.
5mth
view 0 replies

This is a great novel. The story, plot, world-building, and characters all add up. Our mc has a relatable backstory, unlike many where it just doesn't feel real. The story is engaging and the plot is realistic. Overall, this novel has a lot of potentials, and I'm hoping the Author gets the attention he/she deserves! All the best Author!
6mth
view 0 replies

This is actually a pretty interesting story. I love the perspective of the narrator most; he just seems so relatable. Keep up the good work, author!
6mth
view 0 replies

Hey there! Good day for writing! If you wanted to see whether you can get paid by distributing the current work or getting financial support by writing new work, you might want to contact geekyteddyyo@gmail.com. A brief introduction, some sample chapters or links will be appreciated when reaching out.
6mth
view 0 replies

This story is so well written! You easily get absorbed to the emotions of the mc. The world background is good and and the narratives are clear! I can't wait for more updates! Keep it up!
6mth
view 1 replies

A typically fine genre of plot- but, uniquely written indeed- The plot is intriguing and kind of a suspense building- The narrative is also finely written with similar kind of intriguity. Kindly re-visit and re edit the initial Chapters for mistakes and corrections; and you are good to go!
6mth
view 2 replies
Webnovel