Reviews of I'm The Villain - Page 1 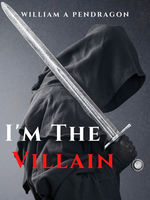 Wow! I can't believe you're reading my book! Thanks! I spend a lot of time writing so I appreciate you reading my work! It may not be everyone's cup of tea, but if you like rich world development, characters with depth, and a bunch of awesome fight scenes, then this book is for you! I don't plan on adding much romance, or harem, or anything like that. Sorry if that's what you are interested in! I always accept criticism, so either leave a comment or review! Thank you!
3mth
view 1 replies

First of all, the writing quality is superb. It’s always a pleasure to read a story with good grammar, and there is really nothing to criticize in that regard. On the other hand the plot... well, is actually really good! The characters seem alive, their reasoning seems logical, conversations aren’t forced and all of that combined makes it really immersive! I’m looking forward to what is going to happen next! Giving it an honest 5/5 👌
3mth
view 0 replies

Murdered? Check. Reincarnated? Check. Weak to strong? Check. Romance? Trivago. You can expect the dark and dreary path to guts and glory in this book. I'm sure of it. This is a 5 star review. Now go read the book.
3mth
view 0 replies

Hi! This is kerawood, an editor of the international writing contest SWA II. I believe your book has great potential, so I invited you to join in a week ago. Please reply to me so I can discuss this with you in detail. This contest is free entry.
2mth
view 1 replies

(Coughs and settles the tie!) Let me present you guys an insight of the story before you begin to read, first all don't hesitate to pick this work if you're a grammar freak like me. The work is wonderful done with great structures and pattern of narration. Talking about the title you guys can already guess an anti hero in the picture and a reviewing plotline. The character dies mysteriously in the modern world by a man wearing a medieval dress (which is still a mystery to me whether it was a hint or just a mad person.) Later on afyer the time skip he is reborn and has a brother too, the scenario of their bonding and working together is awesome. And then the time comes when some passerby lord gets them enrolled into some arts school and the martial art training begins. The pace is a little fast (which I personally love) and the story is without/less fillers (trust me on that) which is a great effort by the author. Although there are a few places where adding a little clarification can make things easier such as in the end of chapter where Issac is challenged for a duel. Nonetheless, I believe you guys can expect magic, beasts, cultivation tinge, swords art, combats, duels and martial arts. 💫👍
2mth
view 0 replies

A tale of betrayal and revenge set in a dark, cruel fantasy world with 3-dimensional characters, superb and clear writing, and excellent plot execution. What else would someone want? 3 chapters in and I already like the characters and want to see more of them. Looking forward to more!
3mth
view 0 replies

Interesting and vivid imagery used throughout the story and the battle scenes are very well described. The fact that I read through the whole story without looking at the percentage on top and got upset when I reached the end speaks volumes about the book~ Highly recommended!
3mth
view 0 replies

The fight scenes in this novel in explicable and paints a vivd image in your mind. The characters are are fun to read about and experience their journey alongside them. My tiny brain is having a hard time finding criticism. I'll be using this story for reference in my current - future novels.
3mth
view 0 replies

Very interesting and addicted novel! Good start and synopsis. The language that the author used is also beautiful and entertaining. I love how the author describes the characters' interactions and thoughts. I am intrigued by the novel's plot while reading it and can't wait to read more. Definitely, adding it to my collection. Good job, author!
3mth
view 0 replies

For exp...I don't know.....the **** | am needed to say in this.. I am just exp-eing.... Exp is not a word, but it's a mystical act that needs power commitment and cheer fucking will, its not easy to be an exp man, you need to be dependently counting on your exp and search the exp from everywhere to finally find your inner exp
3mth
view 0 replies

Hello author. I like the story a lot. it has a lot of potential. after reading the first 6 chapters, it do have a lot of potential. first let me tell you that this review is just a plot idea for you or if you have a rock solid plot line then you can just ignore it. first give the betreyal a backbone (solid resolve). second please don't add courting death (plz I beg you😢), it always ruin every story. third, give MC a power which give links to the ending (my personal opinion, I like that kind of story). give villains (antagonists, not MC lol) a really good reason to be at their place, it gives the story a lot of cliff hanger. most importantly made sure that MC doesn't forget that he first wanted be a hero, make his resolve flicker a lot or you can profile him like the most hero faces in front are corrupted so he is willing to become villain to destroy the actual villains. and last but not least, describe the fear of MC in his enemies eyes(just giv him a that kind of power, I really don't want him to become a mass murderer and then die like eren, lol).well it's just ideas but please at least listen to my first two points. well good luck with your writing.
3mth
view 6 replies

The story does have a decent plot and the grammar is actually pretty good. I do want to say that there should be a bit more detail going into the world background. The characters does seem like normal people and at are actually relatable. The story may get a bit hard to read because there are a few times that I caught the story jumping from one part to another with no warning before hand. to avoid any confusion, I do want to suggest to the author to add something like these: (***) (~~~) and so on, mainly at parts like time skips and when switching characters P. O. V, and also I suggest to show instead of telling about. What I mean by that is putting yourself in the characters position and actually feel what the character is feeling. Maybe when you want to describe a facial expression to make the same one in the mirror and write down what you see, for example, I want to say my character is glaring. Instead of this: "She glared at his rude remark." Try to make it sound like this: "Her eyebrows furrowed as her eyes narrowed, shooting daggers out of her eyes directly at him at his rude remark." That will draw your readers more into the book and make them feel apart of it. Personally, one of the most important things while reading a book, I want to feel part of it and such. Also, amazing cliffhangers! A good book always has cliffhangers at the end of each chapter to draw the reader's attention into the book and want them to read more. In my opinion, the most important cliffhanger is the first chapter because that is basically the first impression of your book not counting the cover and synopsis. I say that because I am one of those people who reads the first chapter first, then look at the synopsis and stuff. overall, good storyline, good character description, good first chapter. I do see a huge amount of space for improvement, but over time I believe that the author will improve and who knows? Maybe even become one of the top authors on WebNovel. With a little bit of perseverance and believing in yourself with a hint of imagination and creativity, anything is possible. You just gotta keep at it, I believe in you, dear author 💞 ⠀ ｡ﾟﾟ･｡･ﾟﾟ｡ ﾟ。 ｡ﾟ ﾟ･｡･ﾟ ︵ ︵ ( ╲ / / ╲ ╲/ / ╲ ╲ / ╭ ͡ ╲ ╲ ╭ ͡ ╲ ╲ ﾉ ╭ ͡ ╲ ╲ ╱ ╲ ╲ ╱ ╲ ╱ ︶
3mth
view 0 replies

Just the synopsis and story clicked in my library. The bg, plot and synopsis are lit. I love how the characters are explained in flow. This book is gonna be a masterpiece.Best wishes to the writer.
3mth
view 0 replies

I'm hooked on the first chapter, the author is descriptive enough that made me imagine the setting, the character which is good. I won't be spoiling much but I like the part that the Alex is just a normal person that wan---I won't be spoiling to some readers. If you are into magic and action, read this book!
3mth
view 0 replies

The writing is superb. 5/5 Stability of updates? Can't say that yet since it's newly published. ?/5 Story development? Villains are always the best part of the story for me so it's 5/5 instantly, Character design? I can actually relate to characters and imagine myself in their places. 5/5. World background? Welp...magical? 5/5 It's a story that can easily be read by both the natives and non-natives. Overall a good quality book. Definitely recommended.
3mth
view 0 replies

I like the way you write, The fights are exciting enough, I know I';; read more intense ones with you in the future. The way you describe the MC is cool. He is kinda naive, and I know that he'll be stronger. The development is steady and have good quality, I have good expectations for this story. Hope to read more. Keep going!
3mth
view 0 replies

The use of capslock for ephasising stuff is quite *******ish, but overall, the writing style is pleasant to the eye. The story itself doesnt shine with originality, at least from what I gathered from summary, since in the chapters there are it doesnt move that far yet. I can just see the growth of yet another revenge plot, and the way of MC's death is just weird, considering that it doesnt seem like its going to be explained anytime soon, even close to it, or even mentioned. But overdone doesnt neveccary meen bad, and the sprinkle of that secret-society mess that goes on is interesting enough to keep it fresh.
3mth
view 1 replies
Webnovel