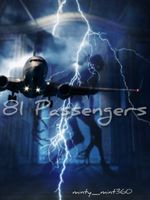 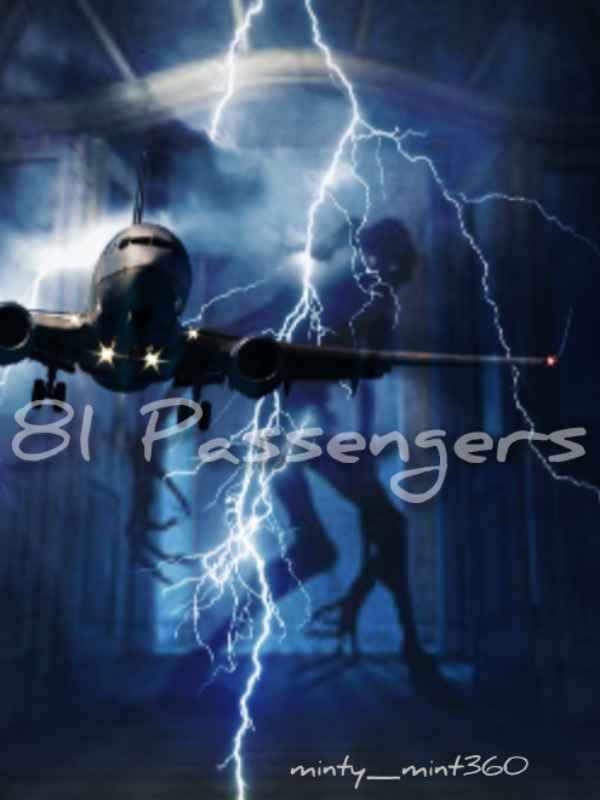 "JASON!! Get up you need to get to the airport. You are gonna be late. let's go!!!" Jason's mom barged in his room slamming the door open.

Jason jumped up to his feet startled by all the ruckus. "what!?! what's going on!?".

Jason's mom grabbed the baggage Jason left out that night for the trip to Paris. Him and his girlfriend were going on a romantic getaway. which was a big deal to Jason. He didn't get to see his girlfriend much sense he was busy with college.

Jason's mom pulled him out of the room and shoved his bag in his chested. "your girlfriend is waiting for you in the car! get outta here before you miss that flight!"

Jason stumbled out the house still half asleep. He walked over to the car. It was a bright yellow Volkswagen beetle. It was old and needed to be replaced ,but Jason didn't have that type of money. He was a 20 year old still living in his mom's house with a crappy car ,but it wasn't like he was the only one. Most of the college students weren't doing that great either.

He opened the car door ,and sat down in the passenger seat. His girlfriend was sitting in the driver's seat. She had pretty long brown hair and blue eyes.

Jason looked at her " hey Elle. Sorry I woke up so late. My timer didn't go off."

Elle put the car in reverse ,and started driving out of the drive way. "Nah it's fine. we just gotta get there. So we don't miss it."

Jason turned on the radio to rock music. Elle looked at the radio button ,and scrunched her face like she smelled something strange. She tapped the button ,and changed the music.

"Hey I was listening to that!" jason looked at Elle.

Elle smiled keeping her eyes on the road " Ah ah the driver picks the music."

Elle listen to the music. It was rap music. she wasn't a big fan of rap.

Jason smirked ,and put his hand on his chest " I am truly hurt by your cruel words. I might just cry."

Jason smiled at Elle. He felt lucky to be dating a girl like her. After all the girls that he would fall in love with would break his heart ,but he felt Elle was different from the others. He was in love with Elle as well but he was to scared she wouldn't feel the same way.

Elle looked at her watch "Ah we are almost there."

Jason looked out the window ,and saw the airport out in front of them.

Elle pulled into the airport parking lot. "ok we just have to hurry."

She parked ,and just as they stopped she jumped out of the car and went straight to the trunk. She pulled out a blue suit case ,and headed to the airport.

Jason got out of the car with his bag still in his hands. " hey wait up!"

Jason ran up to Elle ,and they both walked inside. Jason expected it to be loud ,and crowded in the airport but it was quiet. There wasn't a lot of people there. It gave Jason a weird feeling. It seemed as if everyone didn't want to be at the airport at this time. Jason thought it was strange but it was early ,and he didn't even want to be there. He wish they would have picked a later time then in 7:00 AM.

Jason sat down in a chair as Elle went to get the passports. He pulled out his phone ,and checked the time to make sure they still had time when he felt a weird sensation someone was watching him. Jason looked up ,and saw a man standing on the other side looking at Jason. when the man noticed that Jason noticed he quickly looked away. Jason felt uncomfortable with that so he got up ,and walked over to Elle.

Jason didn't want to worry her. Elle was already scared of flying in a plane. Telling her about that creepy man would just stress her out more.

" oh it's nothing. I'm just nervous about missing our flight"

Elle grabbed his hand ,and started to walk to the CTs. (computer tomography (CT)scanner) Jason turned back to see that the man was gone. He scanned the place with his eyes ,but he couldn't see him anywhere.

Elle walked up to a man with security guard written on his shirt. "Hi here's the passports."

The security guard checked the passports. " ok your good to go".

Elle continued down past the security guard. "ok thanks!"

They put there bags down next to the CT. They got past threw all the security with in a couple minutes.

Elle checked the time. "we have 5 minutes to get on the plane."

Jason started to walk to the gate areas "which gate do we go to?".

Elle shrugged "I don't know. I heard that it's called that because the plane that uses that gate can hold 81 passengers or something stupid like that."

They walked in to the gate ,and continued to follow it down to the plane.

Jason looked at Elle "but don't most plans fit that many people?"

Elle nodded "yeah but all the planes that go here have 83 seats and not 81."

They got to the plane ,and walked up the steps. Then got into the plan.

Hi I know the first chapter might be a little boring but that's how story's start. Please stay for the next chapter to see if you truly like it. And trust me it won't disappoint.

Thank you for reading