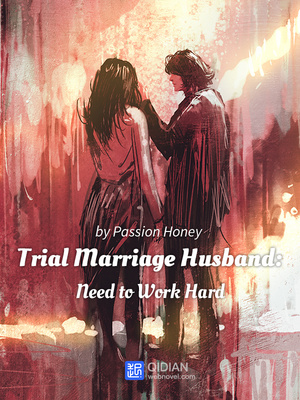 After drinking a little too much at her bachelorette party, Tangning's fiancee picked her up and brought her home to their apartment. Finally coming to her senses, she forced open her eyes, holding back an excruciating headache. As her vision cleared she could make out the figure of a man and a woman kissing passionately under the dimly lit room.

Like being struck by lightning, Tangning looked at the two in shock as they continued to kiss by her bedside. The anger inside her began to boil...

"Yurou, stop messing around, Tangning only just fell asleep!" the man warned as he restrained the woman by her waist.

"What? Are you afraid your fiancee will wake up?" Mo Yurou responded in an annoyed tone, "You are getting married tomorrow. Why don't you give yourself to me tonight?!"

"Babe, you are such a troublemaker, let's go to the other room," the man smiled seductively.

Tangning tried to hold back her tears, but could feel them slowly trickling down her face. Who would have thought, the man she was to marry the next day would be cheating right in front of her.

"Behave, let's go to the bathroom. Isn't the bathtub your favorite place?"

"Fine then, you go in and fill up the bathtub first..." Mo Yurou nudged the man's chest towards the bathroom. As soon as the man left the room, she sauntered over to Tangning. Leaning over with a cold smile, she whispered, "Tangning, I'm not going to let you and Yu Fan sign those papers tomorrow. I'm pregnant, he's mine!"

Tangning tightened her hands into a fist as she held back her emotions - careful not to let out a sound. It was not until she heard the moaning sounds of the couple coming from the bathroom did she feel her world had fallen apart.

Three years ago, Tangning was once Beijing's top model. But, because of this man, she gave up everything, handing over her hard-earned position to Mo Yurou. As it turned out, everything she did merely went towards preparing someone else's wedding dress. No! This must be a dream, just a horrible nightmare, everything will be back to normal tomorrow!

Tangning continued to lie to herself. Until halfway through the night, Mo Yurou complained of feeling unwell as she led Han Yufan out of the hotel. With that, Han Yufan was to leave and not return...

But, they were to get married tomorrow!

The next day, as planned, Tangning drove to the Civil Affairs office with a bitter smile. As she stepped out of her car, she gave Han Yufan a call. The voice on the other side coldly answered, "Mo Yurou was injured on stage, I have to deal with this urgent matter first. Let's postpone the registration to another day."

There is no 'another day', Tangning disappointedly told herself.

Tangning turned around and put on her sunglasses, ready to leave, but at that moment, her eyes were drawn to a tall figure heading her way. She couldn't help notice the fitted dark blue retro suit which complimented the masculine body underneath and out of the front chest pocket, the corner of a wine red handkerchief could be seen peering out subtly. Glancing down, Tangning could see a pair of perfectly straight legs leading to a pair of freshly polished brown leather shoes which glistened in the sun.

This man...had such a strong presence, like that of a medieval king!

Especially as he got closer, although he was wearing sunglasses...his perfectly chiseled face and sexy lips were enough to drive any woman crazy.

Tangning recognized this man, he was the CEO of Hai Rui Entertainment - Mo Ting. Back when she was still famous, they had met once at a ball.

Is he also getting married today?

"President, Miss Chi has not arrived on time...she is late by 10 minutes!" the assistant behind him reported.

"Ring the Chi family and tell them: if they can't even be on time to a wedding, then don't bother coming at all," the man responded coldly.

"But, the chairman said that you must get married today, no matter what. Even if you were to marry a transvestite he wouldn't care..." the assistant replied timidly.

"Then, just randomly pick a lady from the socialite families...I'll give you half an hour..." the man ordered. He seemed a bit unreasonable.

Oh...so he is faced with a similar dilemma...even though it is slightly different.

Mo Ting had so much power, he could simply choose any woman he wanted. And as one of the most eligible bachelors, love was not his priority, his priority was to deal with the pressures from his elders to get married.

Suddenly, an idea came to Tangning's mind. Taking off her sunglasses, she walked in front of the man and gently suggested, "President Mo, your bride hasn't arrived and my groom has run away...may I suggest we get married?"

Mo Ting's assistant froze in disbelief, how is this woman so brave...?

Tangning stood straight in confidence, she had gathered all her courage to do this.

Mo Ting removed his sunglasses, revealing a pair of dark ink-like eyes; his pupils glimmered like a diamond. After a short moment, he turned to his assistant and ordered, "Give me her details!"

Of course, Mo Ting's assistant already knew who Tangning was. He quickly grabbed his cell phone, did a quick search for Tangning's name and offered the findings to his boss. Two minutes later, the man's lips twitched ever so slightly as he responded with one word, "OK!"

Tangning felt that meeting Mo Ting was the luckiest thing that could happen to her. He had no reason to use a woman, nor did he require love and best of all, he had no shortage of women to sleep with.

Ultimately, she wanted Han Yufan to regret his decision!

The couple's wedding procedures were processed quickly. In just half an hour, Tangning held the marriage certificate in her hands. From now on, she was a married woman.

"President Mo, may I have a few words with you?"

"Get in the car!" Mo Ting put his sunglasses back on as he walked out of the registration hall.

Tangning followed closely behind. After getting into the Rolls-Royce, she nervously looked at Mo Ting before requesting, "Thank you for marrying me. If you need anything from me in return, please tell me, I will do anything. However, I have two simple requests I hope you can promise to abide by."

"Speak!" Mo Ting responded tiredly as he loosened his collar.

"Firstly, unless you have no choice, do not reveal our relationship. Secondly, do not interfere in my personal matters. Do not worry, since we are married, I will not get overly close to another man."

After listening to Tangning's requests, Mo Ting gave a slight smirk. A dangerous aura swept through the car, "I promise you...but, after I give you some time to tidy up your past, I want us to have a trial marriage. After 6 months, I will publicly announce our marriage."

"Also...I don't believe a married couple should live separately! I'll give you three days to pack all your belongings and move to a place of my choice. My assistant will be in touch with you."

Tangning had no objections. Since they were now married, a request like this was reasonable. So she obediently nodded her head as she replied, "I agree!"

After the two made their verbal agreement, Tangning got out of Mo Ting's car and left. Mo Ting's assistant sat himself in the driver's seat and looked at Mo Ting through the rearview mirror, "President, shall we return to the office? Or would you like to return to the mansion to tell the chairman the news?"

"Follow Tangning and report her every move to me!" Mo Ting ordered before stepping out of the car.

Suddenly asking him to marry her, something must have happened!

As the president of an international entertainment agency, of course, he had heard of Tangning before. Once a famous model in the industry, three years ago she suddenly rejected an offer from the top entertainment agency, Star King, resulting in her being blacklisted. Eventually, she announced she would be signing with Tianyi Entertainment and became a hot topic with the boss, Han Yufan.

This is my first time translating a novel, I hope you all enjoy it! =)

This novel is published in serial form. The release schedule is 2 chapters a day, 1 at 9am and 1 at 2pm (server time +8).

Update (Nov 2019): My latest translation "The Sweetest Medicine" is now out, as well as my original novel "Help...My Wife is a Spy". Make sure to check them out.