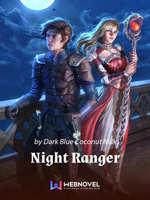 Legendary player Marvin transmigrated to the eve of the Great Calamity.
This was the end of the fourth era, all gods joined hands to destroy the Universe Magic Pool.
The fourth Fate Tablet had begun maturing and all gods, demons, legends, devils, liches, dragons and other legendary creatures were appearing one after the other.
In order to protect his loved ones, Marvin has no other choice but to delve into the shadows.
This is the story of a young ranger growing into the Ruler of the Night during the Chaos Era.
_________________________
TL: After transmigrating into a weak noble body, Marvin discovered that he was familiar with the world, this was the game he played in his previous life and... Damn! He only had six months before the Great Calamity!
As a former top player, he would obviously fight to save the world... Yeah, no. Time to plan and prepare for the upcoming events, better to use that knowledge to get ahead rather than fight with gods.
Follow Marvin's journey through this new world.

# Transported Into A Game World