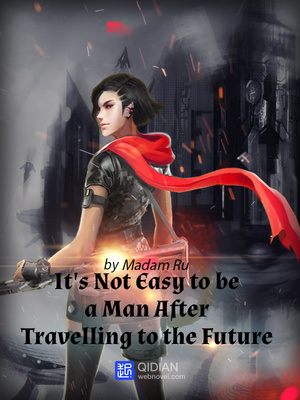 The moment she found herself hovering in the air looking down at the scene below her, she knew she was dead.

She found that she could see through solid walls. She saw her parents crying outside the Intensive Care Unit and the solemn expression on her younger brother's face. She also watched as he released a quiet sigh when no one was looking, as if a weight had been lifted from his shoulders.

Ling Lan was not angered by this. She knew very well that she had been a burden upon her family for a whole 24 years, almost ruining their household, which was not very wealthy to begin with. If it were not for the fact that her disease was so bizarre that it was considered worthy of research, resulting in government support for her medication, she might have already passed away a full ten years earlier due to the inability to afford treatment.

However, despite the delay, she still could not escape death in the end. The only surprise to her was that humans really did have souls.

She peered up into the distant darkness of the night sky, and wondered fantastically — perhaps there were beings such as out in the world, or perhaps a Shinigami, like in the anime Bleach, who would suddenly spring out and drag her into the afterworld?

Abruptly, she laughed, mocking herself for reading all kinds of useless books and comics while she had been bedridden. Shinigami were from Japan — why would they show up in China? Ox-Head and Horse-Face were much more likely to appear, and perhaps even a small ghost dressed in traditional clothing?

"Idiot! There are no such things as human souls; this is your spiritual self. If you don't come back soon, you will really disperse into the air and become part of this world's energy." A childish voice rang out beside Ling Lan's ear, its tone frantic and concerned.

Before Ling Lan could respond, she felt herself drawn back by an overwhelming pull, and her consciousness started to fade. Right before she blacked out, she seemed to hear that same childish voice cry out joyfully, "I made it! I almost thought that my host would be lost for sure."

At that very moment, the national first-rate military hospital Ling Lan was in was plunged into darkness. Soon after, the entire capital along with several neighbouring provinces and cities also joined it in the dark.

The impossible occurrence of such a wide-scale simultaneous blackout affecting the capital and several other province cities immediately prompted a commotion in the otherwise quiet night.

Fortunately, the blackout did not last long, only lasting for 3 minutes. All the cities quickly returned to normal, leaving only the National Power Company in disarray. Within those 3 minutes, the electricity they had supplied to those involved cities had mysteriously disappeared, as if the Power Company had not provided any electricity to begin with. But in reality, as proven by their numerical data, they had released more than a trillion kilowatts in those 3 minutes, a greater amount than they ever had before.

This matter was quickly handed over to the National Security Agency to investigate. After several months, the answer given to the public was that the computer systems used by the Power Company to track the electric supply had been broken into by hackers, who had then tampered with the data and stopped the power supply, resulting in the mass blackout. And just like that, the public outcry over the blackout drew to a close.

However, the investigation results that were finally sealed into the nation's top-secret security files were as follows — unexplainable phenomenon. The power disappeared into thin air, just as if it were an act of God!

At the spaceport of Planet Anta, all the warriors headed for the front lines were lined up to enter the regular battleships. Meanwhile, in front of the commanding mothership of the top-ranked official, a pair of lovers faced each other among the crowds of people saying goodbye, speaking in soft tones with their hands clasped.

"Ling Xiao, you must come back alive," pleaded Lan Luofeng with teary eyes.

Ling Xiao nodded. He had not expected that he would have to rush into battle after being married for only two months, but the enemy was relentless and their nation wasn't faring very well, leaving him no choice but to take action.

"I leave the household in your hands." Ling Xiao felt sorry for his newly wedded wife due to his imminent departure — once he left, all the messy bothersome issues in the family would fall upon this delicate woman before him. Could she hold off those greedy people? In his heart, he wasn't at all certain.

With red-rimmed eyes, but a firm voice, Lan Luofeng said, "Don't worry, Ling Xiao. I will take good care of our household." She placed Ling Xiao's hand on her abdomen, and said shyly, "In another eight months or so, you are going to be a father."

"We have a child? That's great!" Blindsided by the happy news, Ling Xiao embraced his wife and twirled her around in circles, joyous laughter spilling from his mouth.

Lan Luofeng held onto Ling Xiao anxiously but did nothing to stop his celebratory actions. After a long while, Ling Xiao finally put Lan Luofeng down and hugged her close, saying, "Luofeng, thank you!"

"What are you saying? I am your wife, and this...is also a child I anticipate."

Lan Luofeng smiled gently with her hand pressed against her abdomen, the joy in her heart overflowing. "I wanted to ask, what shall we name the child?"

At her words, Ling Xiao started to consider it seriously. Looking at the mirrored joy on his wife's face, a spark of inspiration flared. "I have decided. Whether it is a boy or a girl, our child shall be called Ling Lan! The child is both yours and mine, and is worthy to bear both our surnames." Lan Luofeng was also an only child, so perhaps this name would give his wife some happiness.

Sure enough, Lan Luofeng was overjoyed, nodding vigorously. "Yes, let's do as you say."

The tears in her eyes could no longer be held back, and Ling Xiao could do nothing but frantically help her wipe them away.

At this time, the platform announced the call for final boarding. Lan Luofeng hurriedly composed herself, wiped away the rest of her tears, and said with a smile, "Ling Xiao, you must fulfil your promise to me — Ling Lan and I will wait for your return together."

With anticipation for his child in his heart, Ling Xiao left, boarding the commanding mothership under Lan Luofeng's teary gaze. Very quickly, the commanding mothership closed its doors and started up, and under the guidance of air control, it disengaged from the navigation frame of the port, slowly rose into the air, and pulled away from the Star of Anta, leading innumerable battleships into deep space.

Meanwhile, unnoticed by the people focused on the departure of the airships, a massive amount of energy was generated by the simultaneous powering up of the countless airships, causing this patch of space to waver and even fold in on itself in some places. An almost microscopic particle suddenly appeared out of thin air and rushed towards the Star of Anta at the speed of light.

Still mired in sadness, Lan Luofeng suddenly felt her abdomen grow hot and cold and couldn't help but scream out in shock, her hands drifting instinctively to cover her belly. This drew the concern of the chamberlain Ling Qin, who until now had been quietly standing watch like wallpaper in the background.

"Young mistress, are you alright?"

Lan Luofeng closed her eyes and carefully took stock of herself. Finding nothing wrong, she finally relaxed, and replied, "Uncle Qin, I'm fine. I think I was just a little too emotional."

At that, Ling Qin breathed out a sigh of relief, "Young mistress, since the young master has already left Anta, I think we should go home now. It's too chaotic here, I'm afraid it may be harmful to your health."

Lan Luofeng was not a stubborn person, and she felt that Ling Qin's concerns had merit, so she nodded and said, "Lead the way, Uncle Qin."

In short order, the two of them were seated in a hover car, speeding away from the spaceport towards home.

This is a serialized web novel with ongoing releases. Current release rate is 1 chapter a day, at 1 a.m. daily (UTC+8).

Also, please note that it's rare for anyone on the team to look up comments on older chapters (and we do not get notified of new comments anyhow), so if you have something to say, it would be best to hop on over to the discord server for this novel at this link: https://discord.gg/DB3upSf