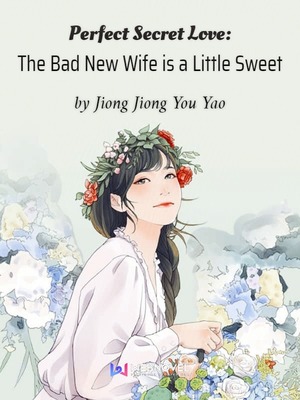 She was faced with a pair of eyes that sent chills down her spine and made her soul quiver.

Again, she had to endure the pain of her body being torn apart.

Could this be hell?

Why is it that I'm obviously dead but had to come back here, next to this devil?

Her mind was muddled due to this man's scorching temperature and out of instinct, she resisted, "Don't touch me!"

With one fluid movement, it was as if she was touched by ice. His ghostly, bloodthirsty expression clouded and his ice-cold lips bit down on her ruthlessly, as if wanting to swallow her whole.

Ye Wanwan was in such pain that she couldn't think straight. She muttered subconsciously, "Why… Why me… Si Yehan… Why must it be me…?"

"Because it has to be you."

Hearing his deep and hoarse voice was like a shackle of chains that imprisoned her soul.

Upon hearing the same answer he'd given her in her previous life, Ye Wanwan fell into a coma.

When she opened her eyes again, the darkness of the night sky had turned into daylight.

A floral scent filled the air and the warm glow of the sun filtered in, momentarily dissipating her uneasiness.

Yet, in the next second, Ye Wanwan tensed up again.

A strong sense of distress spread in her as the man awakened.

His arm around her waist tightened. She was akin to a pillow, being held in his arms.

Next to her ears whispered the voice that gave her the creeps.

Out of her survival instincts, Ye Wanwan shook her head.

She was unsure whether he believed her. He glanced at her for a moment and then looked down, giving her little kisses on her lips, chin and neck…

The heavy, hot breath buried in her neck gave her warning signs all over her body.

She was like a deer who'd been bitten by a predator. She didn't dare move an inch.

After what seemed like forever, he finally let her loose.

In the next second, a surprisingly pleasant sight fell into Ye Wanwan's view.

He left the bed half-naked, the backlight outlining his slender stature and tapered waist.

However, this view lasted only for a moment as he swiftly picked up his clothes by the bed and buttoned his shirt all the way to the top meticulously.

It was only a while ago that he'd been as ferocious as a beast, but in this moment, his handsome face was cold without a trace of humanity.

It wasn't until she heard the sound of the door shutting that Ye Wanwan allowed her nerves to relax.

She could finally reflect on her current situation.

She slowly glanced at the furnishings around her, and also at her own reflection in the vanity mirror opposite.

The black lips of the girl in the mirror had been gnawed at till there was only a faint colour left and the makeup on her face had been completely smeared by tears and sweat. On her body filled with bruises and hickeys was a horrific and bloody tattoo.

She couldn't believe this was how she looked at only 20 years old!

At that time, in order to distance herself from Si Yehan, she purposely made herself look ugly and disgusting.

Suddenly, an overwhelming sense of fear and despair caused her to choke.

Why have I returned to 7 years in the past?!

I'd rather die than return here, back by this devil's side.

She clearly remembered that this was where she and Si Yehan first had sex, and she'd been tormented thoroughly for countless nights afterwards.

She'd lost her lover, her family, even her dignity and freedom. She'd lost everything.

Must I go through all of it again?

No. Since God's given me a chance to live again, I have to change it all!