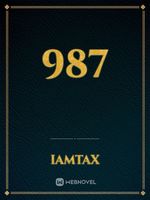 Laquadia's only dream was to wake up every morning hugging the woman he had promised to spend the rest of his life with. Unfortunately, such a dream was meant to be forgotten.

As the heir to the throne, Laquadia's destiny was set as stone from the first day he was born. His destiny, you ask? The destiny to make his nation proud and it was his duty to murder anyone who dared to sully the reputation of his beloved homeland.

But, one day, he had to choose between the woman he loved and the nation he sworn to die for.

Wanting to change the course of destiny, he gambled everything and chose a different path.

The next morning he woke up, he lost both of them.