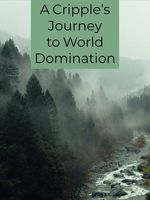 Wu Fa was China's most brilliant weapons designer before he was assassinated at the age of 35. He was on the verge of completing a nanotech suit of armor before dying to the KGB. He wakes up only to find himself in the body of someone else. He has arrived in the fantasy world of Arkologia, where dragons, elves, and wizards dominate the land.

John Wessex, his new identity, was the crippled youngest son of Duke Wessex of Rubidia. He is a talentless waste with no magic capabilities. Worse yet, the diet of Rubidia consists of no rice, seafood, noodles, or hot sauce!

The adventure of a waste begins.