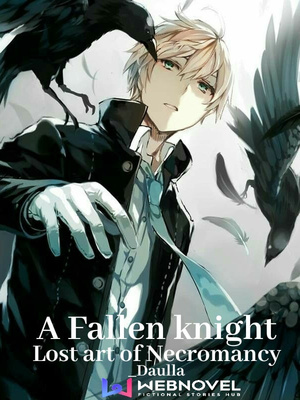 Severus was a handsome lad who was a shy guy. He lived a nonexistence life and his interaction with the opposite sex was zero except for crown prince's fiance, Melanie, and that too because both of them were childhood buddies.
Spoiler——-
Severus - child of Hades dies while being secretly assassinated.
The assassin was none other than his best friend, Crown Prince.
Witness the journey of Severus on his way to unfold various mysteries of the world and becoming a great necromancer.
Severus was a knight who used to serve Crown prince, but under strange circumstances, he got assassinated. He was betrayed by his former best friend and his secret love.
He learns about the Onyx and priest, necromancy
There is also Noworry, a funny bird who is Severus pet sent by Hades to help him in solving the riddles of his life.
In this life, he will have several women who will become a part of his journey. Counting from ghosts, will, mortals to gods, he will have visits from every existence.
However, the twist is that Severus didn’t ask for women. He was a man who believed that love can happen only once. Since his first love was unsuccessful, so the word love disappeared from his life.
Will there be any girl who would bring love back in his life?
or
Will he remain as a monk for his entire life?
[ All the girls who met Severus——
Girl 1- No, Severus can’t remain a monk. All women should die in shame if he dies as a monk.
Girl 1- Uwuu….Even if I Can’t have him, there should be someone to take care of him, my poor Severus
Girl 3- I don’t want to live. He remained as a monk.
Girl 4- Sigh, I don’t want this beauty to remain pure”
Author-”………………….”
The author was speechless.
***********************************
Previous life************
Severus was the ex-general and shadow knight of Rivera kingdom. He was a loyal and charming knight who performed his duties. Despite his charms, he lived his previous life in the shadow of Crown Prince, Maverick, but the destiny turned its wheel and crown prince Fiancee fell in love with Severus.
Betrayal, heartbreak and jealousy surged inside him and Maverick planned an assassination for his best friend Severus.
Severus died in pain.
He felt betrayed and cheated by his own sworn brother but he accepted his fate and closed his eyes to accept death but the next moment he heard something earth-shattering.
Nobody knows what Maverick told Severus but whatever it was, it questioned Severus existence.
“No, this can’t be true”
“Who I am?”
“What I am?”
“Who are my parents?”
“What was the significance of my existence?”
Severus died while the mystery remained unsolved
***********************
Present life——
Severs got reincarnated, but to his surprise he was reincarnated in his same body and same timeline.
“Heck, it’s only been few days since I was assassinated and I got reincarnated”
“What are theses powers?”
“A bird? Why is a bird here?”
“This black Raven is known as Noworry”
Severus got a new life, and he vowed to unfold the mysteries which remained unsolved in his previous life. He swore to himself to take his revenge.
***********************
[I don’t hold any copyrights of the image above, it’s just a random image I chose. If you own this picture and want it to be taken down, just dm me. I will do it.]