A love to meet - Contemporary Romance

/ Contemporary Romance / A love to meet 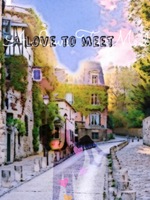 A love to meet

Venus Yang is a powerful young chairman of the Yang corporation since she was 16. Her parents died while they were on a trip, being the only survivor, Venus Yang strive to fight for herself. Along her battles, there is her two female best-friends who always stood by her. They make sure that the conniving distance relatives of the Yang family did not pry their ways into the main family’s money, which belongs to Venus. Both are also heiresses, each with their own stories and personalities.
Ace Liu is a dangerous self made centi-billionaire, founder of Coup Incorporation. Although his aura scream danger, his built and face is essentially Adonis himself. He hold 35% of his company, while his 2 other male best friends own 20% each. They are also the story behind his success and the audience of his growth.
This is a story of 3 best friends with different personalities. Each with their own nightmare, issues, quirks and stories working hard to be with their better half. There is no major misunderstanding or rape, some occasional face slapping, but a light hearted story about friendship and love.

In the street of London, people who heard the scream turned around to find a beautiful Chinese real life doll, running in her high Louboutin stilettos.

When Ace turned around, as he looked at the girl he almost drooled. However, he quickly regained himself, giving her a puzzle face once he realized that she was talking to him.

Venus uses both her hands while cupping her face into a flower like position, and said, “Me, your future wifey!”.

As bewilder as he was, Ace unknowingly to himself, grabbed the girl’s tiny waist and whisper softly against her ear, “Then I better make it up to my fiancé carefully.”