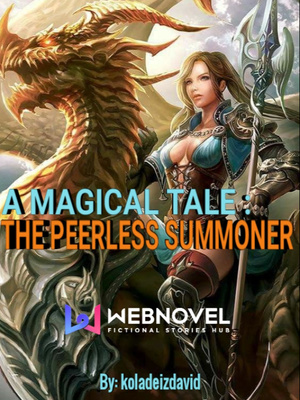 In the vast Andronema universe where thousands of races abound, there are a set of people called 'Spiritual Warriors' or 'Summoners'.

These people can summon dreadfully powerful spiritual entities from a parallel dimension called Calaendria into their bodies.

Every spiritual warrior can't summon more than nine Calaendrian spirits into their bodies or their bodies, due to the mighty arcane power now dwelling in them would explode into bits of flesh and mists of blood, and their souls thoroughly crushed and dispersed.
..............

But in this universe, evil reigns supreme as devilish summoners outnumber the good.

Since evil dominates the good, everywhere is thrown into chaos. Every form of wickedness at the highest level goes on in every continents in worlds endlessly.

It's up to an extraordinary girl, half-human, half-krithika who can summon more than twelve Caleandrian spirits into her body to try and restore order in worlds or the lives of trillions would be devastated and properties destroyed.

Meet the enchanting female hero, Helena who would travel to many places in the universe in search of something dearest to her and in the process realize and develop her innate powers that would grow to awe and terrorize all creatures.

It's a story about a girl that was born with unique abilities and prophesied to be the one to bring an end to the evilness that has engulfed the world and become an overlord that would set up her own system of government to unify worlds.

When her family learnt of this through divination, they hid her away because if news about her got out, it could bring doom to their family.

But they were betrayed. The news was sold for wealth and when many great bad people got wind of it, they came for the girl.

After many great, earth-shaking battles, they were overwhelmed and taken to extremely dangerous places where their fate remains unknown.

But the girl had been taken away, long before the battles started. This gave her the chance to live like every normal girl and develop her magical powers and summoning abilities as she realizes them.

So it's up to her to fulfill the prophecy as the one who would unite and rule the worlds.

Journey with our beautiful and adventurous female hero in her quest for power, love and ultimately, revenge.

1) Characters are very powerful but this is due to possession by phenomenal supernatural beings that exists in myriad forms in a parallel dimension. These beings, good or evil have vast apocalyptic powers. When summoned, they possess the body of a summoner and allow him/her to unleash immense devastating powers relating to them.

2) A lot of interesting characters are introduced throughout the book and they have lot of screentime. These are people from different races in worlds our heroine journeys to. None of them is neglected unless they are perhaps killed off by her or someone else.

3) It has tons of epic fighting scenes and mature contents.

4) Female hero is bisexual as well as many other female characters.

Disclaimer: I don't own the photo. If you are the owner and want it taken down. Contact me on Discord: Koladeizdavid#9863