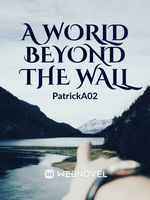 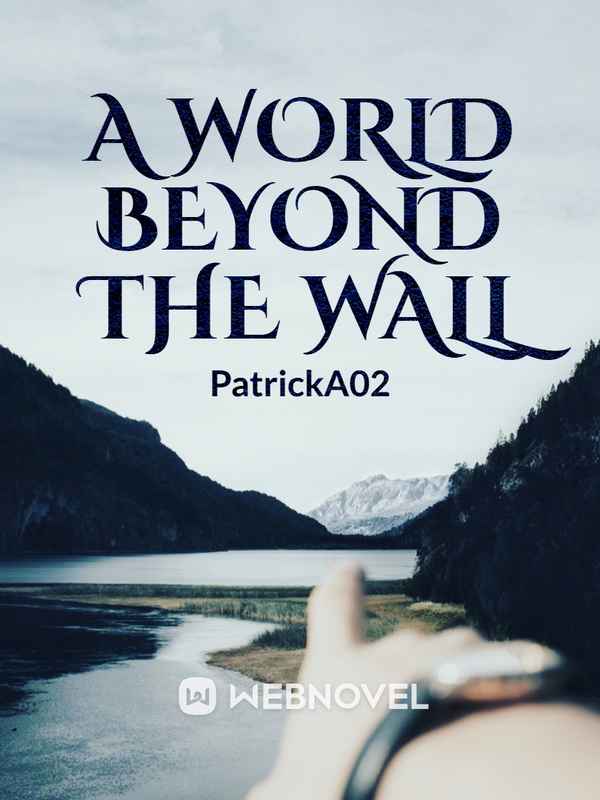 A World Beyond the Wall

Chapter 1: The World We Don't Yet Know

"Hey Ash!", the boy heard from behind. He glanced back to see another boy run up from behind. The two had been friends since the previous year when paired together for a project. Ash turned around lazily and replied, "Morning."

"Dang, what has you in a bad mood? You get dumped?", the other boy replied.

"I'll take your annoyed face as a 'no'. Makes sense though, you'd need a girlfriend first before getting dumped."

"Nice joke John, not like you said it last week."

"Haha! Hey, I think I'm pretty funny." he replied, before talking about his previous evening.

In a daze, Ash stared to the North, there he could see the 60-foot wall that separated the Human Kingdom from the other world. On this side, was Grenz district, population of 15,000 citizens, it served as the border to the kingdom. On the other side, however, was an unknown to most his age.

It was almost 'crude' to speak of the wall, let alone what lived beyond. 'Maybe nothing?', he thought, 'Maybe nothing is there and that makes it inhabitable or something? It's not like I've ever heard anything attack it.

After 10 minutes of walking, Ash and John turned right at the gate of a building complex. A large building stood center at the end of a long path from the gate. In front of the steps leading in, the path split two ways, turning at the respective corners on both sides of the building and leading somewhere behind. The yard was covered in grass with light, natural hills, littered with an occasional tree.

Although not visible, each path lead to a large yard in the back. On both sides of the yard behind the main structure, were two more buildings-- smaller, but of a similar grandiose design as the first.

At the gate Ash and John were entering, a sign could be read to the side.

It was a school named after Thomas Recht, a soldier who fought alongside the wall's development. He was especially famous in the area and you could find his name almost everywhere -- there was a Recht Avenue, Recht memorial, Recht Academy, and more...

As they walked the pavement to the main building, John exclaimed, "And make sure you keep those pointy ass ears on the lookout for any word of me."

Almost instictively, Ash reached to his hair. He pulled long strands down to cover the visible tips he had on both sides.

Without notice, John continued, "...Just saying, if you overhear anyone saying something like, 'Hey, isn't John pretty cool?' or 'I think John's pretty hot', then just let me know."

"Yeah, I'll make sure they all know how much of a pervert you are too."

"Ouch! Thought you had my back, man."

"Wait, really?" he replied, a genuine curiosity in his tone.

"Why though?", his voice still the same.

Suddenly, though, it morphed; his teeth showed in a visible grin and his eyebrows shifted high.

"Is it maybe because of how handsome and charming I am? You don't want me stealing all the chicks from you? Aww, you're so cute", he teased.

"Well you gonna get to the point?"

"I just wish I could see everyone's reactions when they find out how desperate you are..."

"Ahhhhh", John sounded out in exasperation.

Ash proceeded, "...I mean you get to see it first hand! They probably make the whole, 'That's kinda gross' face. Am I right??"

Ash couldn't help but grin, before commenting, "I have to go to the West building now so I'll see you later."

They both turned their their respective directions at the split.

Both had received their schedules prior to the beginning of the year, and to both of their disappoinment, they had been put in separate classes.

Ash turned into the building, walked down the main hall, and entered a large classroom. He sat at the desk and looked at the board.

Every student in the school had this class as their first period and each was taught by that student's respective homeroom teacher. Although listed as mandatory, its title was vague, and he'd never even heard of it. Ash didn't know what to expect.

After thinking, he looked around the room. Of course, being a second year, he'd seen most of the people from the school; but although recognizeable, he didn't know the name of a single person who was in the room. On top of that, there were numerous individuals he swore to himself he'd never seen.

Most kids had spread apart, opting to sit alone at their desk until class started, but a small group was formed in the front. A group of athletic-looking boys sat around a table talking quietly; a blonde boy sat in the center. His hair was long and pulled back; underneath, was a lean, prideful-looking face.

In the back he heard a small group of girls; occasionally, he could glimpse back, but never for long. Although he could see the face, he recognized the laugh of a girl who'd been in his class the previous year. On occasion, when someone she seemed to recognize walked in, she'd happily greet them. Thinking back on when he'd first entered, he realized she gave no reaction to his arrival.

'She must have not recognized me.', he thought. 'Even if she did, I don't look very sociable, so she probably just felt uncomfortable. Damn..., I need to fix that.'

Over the next minute, the room filled fast. Finally, a short period passed in which no-one entered the room. Chatter could be heard everywhere before a figure finally entered.

In walked a man with an intimidating aura. He had dark, wavy, short hair that was combed back on his head. His eyes were piercing and intimidating and his physique was to match. His rolled-up sleeves exposed tan, veiny arms and his shirt wrapped fittingly around his lean torso. As he walked toward the corner desk, he began individually concentrating on the students in the class.

After depositing some papers he was holding, and with his eyes still browsing across the room, he announced, "Hello, my name is Mr. Lennon. I will be your homeroom teacher this year."

He continued, "I expect a few things from you this year. When I am talking, you are listening, when I show you something, you are watching, and when I ask you to do something, you do it. As first-years, your job was to be educated -- in fact, many of you were illiterate when you so proudly walked onto campus. As second years, your job is to now train. I will routinely stop throughout talking to ask if anyone has any questions. Does anyone have any now?"

The blonde boy from earlier spoke, "Mr. Lennon, sir, I tested in as a second year; is there anything I need to do to catch up, information-wise."

Mr. Lennon responded, "Good question. The answer to that is 'no'. This year we will be doing completely different stuff, so nothing we did then will matter now. This school offers a first-year program to provide basic education to students who wish to enroll in this school. People who already have this education can just test into their second years."

"Are there any other questions?"

Another boy from the same group from earlier asked, "What are we doing that's so different from last year?"

"Well, like I said earlier, for most first years, if not all, this is their first time ever being enrolled in any kind of schooling, and it's an opportunity to be given a basic education. I remind each and every one of you that this is Recht Academy. If that name did not have meaning before, let it have meaning now; from now on, you will be trained in accordance with how this institution intended. Your reasons for being here are to ensure the future safety of this kingdom. After this year is over, each of you who passes will contract as adventurers and officers of the militia."

After a short pause, he spoke, "I'll ask again, are there any more questions?"

Hesitantly, a girl rose her hand, "So I know we are here to train to defend the wall, but what are we defending it against?"

"Ah, this question..", Mr. Lennon stated with a grin, "...raise your hands if you have this same question."

Hands from around the room came up before eventually, everyone's was raised.

"Just curious", he said, barely over a whisper.

"I hope each and every one of you thanks your parents tonight for the 16 years of ignorance. Now, here's a history lesson..."

Hey all! I don't know yet where I'll take this story so I hope you can be patient with me on that. I'm a full-time college student and work on top of that, so my upload speeds will be neither consistent nor fast.

If you like this first chapter, I hope you can add this to your library and check up on it in a few months.

**Edit: Oh my goodness, the original of this was a pile of trash.

I am no bueno writing in first-person so I changed that.

The characters were so freaking bland, so "I changed that."

The environments were vague and non-descriptive, so once more, "I changed that."

And finally, my paragraph spacing was wonky af, so "I changed that" too.