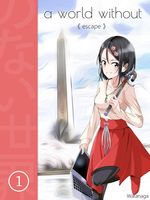 In the beginning, Gravity created the Heavens and the Earth.

The President of the United States took to the podium in front of the assembled leaders of the nations of Earth. He was surrounded by foreign dignitaries, ambassadors, and representatives.

He wore the colors of his country: a red tie, a white shirt, and a dark blue suit. A small, golden pin - an American flag - adorned his lapel.

Proof of his patriotism.

After all, there were voters who believed if you didn't bother to affix a little flag pin to your clothing then you weren't as good a countryman as someone who did.

It's what the focus groups said to do. And his campaign managers paid so much money to them that they'd better be right. This manner of thinking dominated his life. He wanted to win, so if they said to do something, he did it.

And he won. QED: he kept doing whatever his loyal masses said he should do.

He didn't have to "believe" anything, really - there was no need for "truth" in his world.

As long as he kept doing what the loudest voices said to keep doing then he would keep winning.

He began his speech, congratulating himself and his nation for its many perceived accomplishments. The microphone clicked with an odd crackle: snap, ker-snap. He ignored it, powering through the low clicks and whistles, certain that trained technicians were already scrambling to fix the problem.

He spoke of the need for greater military spending, imploring his allies to buy his country's finest weapons so they could better defend themselves from the threats that lurked around every corner of the globe, reminding them that they were required to spend more of their GDP in chasing greater offensive capability.

The microphone hissed again; a crackling sound pervaded the hall. Why wasn't it fixed yet?

He complained about the great issues of the day and presented his solution: refugees and asylum seekers would have their families split up while their cases were processed. This would discourage the dishonest from trying to cross their borders illegally.

He quoted treaties, pointing out that what he was doing was legal under international law. He quoted the Holy Bible, speaking of Faith, Hope, and Love - wrapping his country's abhorrent actions in the soothing balm of its majority faith. It was tough love, he said, but somebody had to do it. The world must have agreed with him because no other country was making a serious effort to stop him.

Just as he was about to urge his allies to implement the same sort of plan a bright white light erupted throughout the room. The headpieces and earphones they were wearing exploded in a cacophony of squeals. There was no time to react - just a moment of pure, blinding light.

When the audience's vision returned they could still see a light, no longer filling the room, but shining from behind and above the stage.

And in that light, there was the visage of something, no, a someone.

The President looked down.

He looked down at the tip of a sword that had burst through his heart.

Flames curled along its edge, smoldering the white of his dress-shirt as he slid forward onto the podium and off the blade, crumpling to the floor.

The President of the United States was dead.