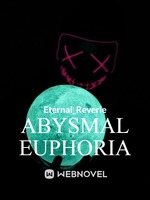 There's an infinite amount of ways to define love. But ultimately, it comes down to the greatest feeling we associate it with.

For some, love would be something called euphoria–an intense feeling of happiness or excitement.

For others, however, love would be just like an abyss—a deep, bottomless pit, usually associated with the saying, "when you gaze at the abyss, the abyss stares back at you."

Louise believed that love was just like an abyss. He fell too deep into it, and love simply destroyed him over and over again!

Now, in a sudden turn of events, he found himself inside a game he was about to play. However, the twists and turns revealed to him that the world in the game was what earth would become in the near future, and he was among the lucky people to experience it firsthand.

In this peculiar and terrifying world, he only had a limited time to become strong enough to face the apocalyptic events about to come, and to perhaps meet the person who would finally pull him out of the abyss—

Author's Note: I had to move this novel to another account for various reasons. Enjoy~ Around 5 chapters a week or more!