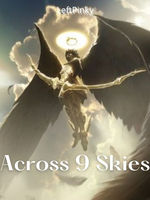 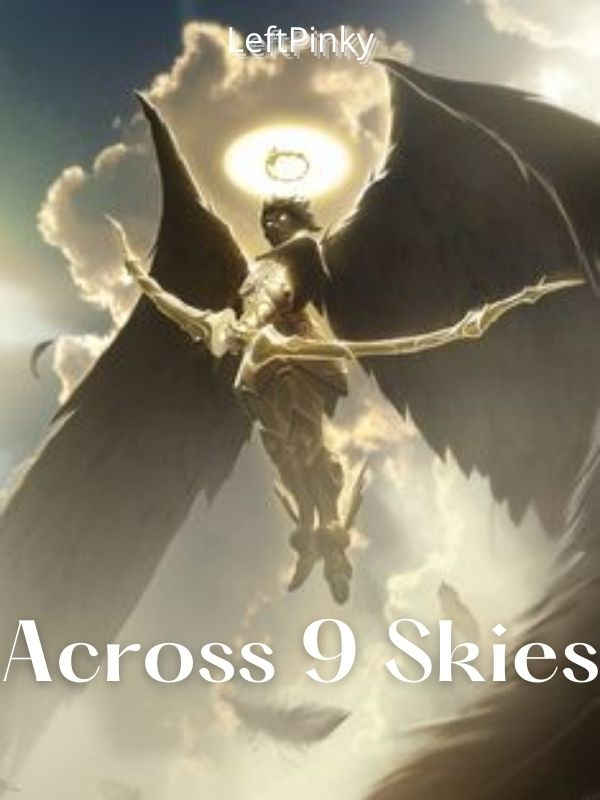 A mysterious planet that looked desolate and abandoned, covered in a milky white mysterious substance that swirled like a never-ending hurricane. The undulating shape of the non-existent continents flickered with cloudlands as far as the eyes can see, landmasses were as scarce as working smoothie machines.

"Dammit-! that won't work, can't I think of anything better than smoothie machines?" Joey scratched his head fumbling while with his miniature blue pencil and a notepad on his mattress.

"Joey when the hell do you plan to carry out the entrails, It's starting to stink!" Joey was always forced to take out entrails because Joey's Uncle, Rohan Wells was the owner of a butcher shop that carved up sky beasts for customers.

Joey didn't know why he had to be the one to carry out the guts of the things he carved up. He carved 3 sky beasts a day from 9:00 to 6:00 and he never had a choice because he felt compelled to help his uncle.

"Are you gonna keep writing all day? You're never getting any better, so why torture yourself, huh?" Rohan glanced at his gloomy face with a satisfied expression.

"Mind your own damn business, Methuselah" Joey ignored his uncle and hauled the thick bag on the floor.

Before his uncle could advise against him hauling the bag on the ground, it tore bringing out all the intestines and guts onto the floor the pungent odour instantly rose up making it hard for them to breathe.

Joey watched as his uncle raised his prized cold steel Barong machete. Joey was sure that he was drawing his last breath, his body flinched and raised his hand to shamelessly block the machete to save himself from his seemingly imminent death.

The machete slapped Joey in his other cheek making Joey fly across the room.

"Damn brat you think you can do whatever you want? clean up this mess!" he shouted furiously.

Rohan stood above him making sure that he cleaned every last form of his mess.

"We may be butchers, but what's the first thing in butcher law," Rohan said with a provocative glare.

Joey tried to ignore him and make him talk to himself, but he knew it was better to comply.

The gloomiest expression came over his face, why did he have to listen to this geriatric spouting nonsense? teaching him how to butcher and forcing him to use the blunt edge of his knife because 'that's what real men do', wasn't he the epitome of evil?.

"Butchers must always keep their hands clean and working areas cleaner" Joey muttered ignoring the pain in his jaw.

"Good when your done, come outside some things are gonna change around here even if I gotta drill it into ya," Rohan said while walking towards the back door.

"Wha-, but I cleaned up everything. "Joey tried to protest but when he turned around Rohan was gone.

Joey kept his complaint to himself and continued.

A little girl with curly black hair and blue eyes in her pyjamas came down the stairs in staggered strides"Joey, why make uncle mad?",

This was Joey's little sister Rayla Wells, who was 10 years old and she was normally in bed because she had anaemia. She would almost always get light headed and fall over but she heard the ruckus downstairs and left her room.

"Don't worry about it pumpkin it's nothing, Go and get some sleep"

Rayla turned and went up to her room.

Joey finished cleaning the floor and threw the trash outside, he went back up to his room and pulled a box from under his bed. He slid the top off the box and pulled out a custom made machete with a sharp edge.

Joey walked outside with perfect strides in his step and his confidence was through the roof, "Let's go at it old man! come get some!" Joey didn't wait on a reply and said "Old man if I beat you today you have to stop harassing me!" Joey was arrogant because he was sure that no one could match him and his modified machete and constant training.

"Fine if you lose you have to leave this house," Joey thought nothing of his condition because who would take something like this seriously?

Worst case scenario he would be locked outside for some hours.

He drew the machete out of its sheath and pointed it to Rohan's face.

He swung the machete through the air waiting for Rohan to take his stance.

Minutes passed with them only standing motionlessly.

Rohan broke the silence saying "Boy do you remember your father?"

"Enough chit chat old man!" Joey slashed the machete toward his uncle honing in on his neck leaving a trail of light behind his machete this obviously wasn't the first time that he had done this.

Before the blade came closer, Rohan took a straw from behind his back and slash Joey.

Strong wind slash blew from the seemingly nonchalant slash, trees started to sway and bend under the wind pressure. Joey had trouble standing on his feet as a pain that shocked his body made him feel like he was chopped in two. The winds continued to ravage his chest and mud, dirt and dust flew past him up from the ground.

Then, the howling of the razor-sharp winds vanished.

Rohan looked at Joey on the ground with blood falling out of his chest and his breathing was uneven, blood rolled through his mouth as he was staring at the floor with his pupils shaking wondering what had just taken place.

"Look at me boy, I bet you can tell today is not training huh".

Joey unconsciously listened and looked at his uncle with his face completely ashen "Let me ask you again boy what do you remember about your father".

Joey's laborious breaths made Rohan throw a bright blue pill shining bright blue on the ground, Joey was trying his best not to pass out or die. He grabbed the pill not paying any mind to the dirt he grabbed in the process and swallowed it.

The wounds on his chest were visibly closing and his breathing grew calmer, his clothes were still a mess and so was his consciousness.

Rohan raised his eyebrow to ask "Who are the skies?".

Joey used his newfound strength to sit and haggardly slumped over "The skies appeared decades ago…..how long I don't know, but they occupy the closest planet to earth called 9 skies...they continuously try to attack earth resulting in heavy casualties and have strong bodies and different superpowers from us, humans, here on earth and they are called Sky Arts".

"Us?" Rohan sighed "Nevermind, Tell no about that, just go along with what they say. Your father said I should give you this book whenever the time Is right." Rohan placed the book in front of him and stood up.

"Well, that's done I used that power so you gotta leave, Take your sister and go somewhere and if you wanna have any chances of living long enough to open that book. Keep butchering and always use the back of your knife if you love your life "

"Do you remember that saying I always say?" Rohan stooped down to look at him directly in the eyes.

"Good, live by that and protect your sister and travel to 9 skies, make sure you get a deputy name for you and your sister up there."

Joey's eyes started to leak tears as he realized what was really happening, he didn't understand what his Uncle was saying but he was too scared to say no, all he could do was try and figure it out another time.

He was scared and his mind was clouded and started answering like a 'yes machine' he heard all the words enter his ears like an order telling him the information he needed to process.

Go for your sister and bring her here and make sure she is asleep, Rohan wasn't finished there and continued to add insult to injury.

"I don't care what you understand and what you don't, your father is the reason for all this just, he said to give you that book when the time is right and you started going through that rebellious phase so I have no qualms with leaving you now"

Rohan pulled something out of his pocket and gave it to the teary-eyed Joey along with necessities prepacked by Rohan "Stop acting like you seen a ghost, take this and reach the place marked on it.

All that training you thought was family time? Which dumbass skins meat with the back of their knife and fights his nephew with a machete for fun? "

"Your last name is Wells you should get through this.....hopefully, Now leave before they see your face."

Joey never moved from his spot and with shock on his face, he felt a strong breeze blowing him away but he never felt himself being blown away he just knew he was far from where he was a second ago.

This novel is in spirity and I'm hopeful it does well, I ask that you all use your imagination to its fullest (Its fantasy c'mon) and try your best to enjoy the novel and add it to your collections to see where this goes.

I hope this novel is to your liking and forgive me if it is not , but I hope you can help me make it better.