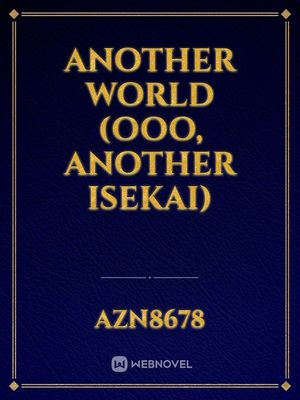 Another World (Ooo, another isekai)

Chapter 1: Chapter One: Wait, I'm in Another World!?

It was another ordinary day, or, it was supposed to be.

"Oh crap, I'm gonna be late!" Alex yelled, as he dashed out the front door, with bread in his mouth, hurriedly buttered.

As he jumped onto his bike, he sped down the road towards his academy, Ferguson Academy, to be exact.

"Damn, the only thing I got going is about to wiped all in one day!" Alex thought to himself, as he cursed himself for being so careless.

"All because I forgot to set an alarm!"

If you were wondering what he had got going throughout his high school career is his perfect attendance, most likely his only high school achievement, if it's even considered one.

Alex looked down onto his watch, as its glass gleaned from the sun, seven-thirty was shown on his watch. To his dismay, he only had a meager five minutes to make it to school.

"Aight, bet." He muttered, as he stood up and peddled at his utmost hardest.

Dangerous as his actions were, all he could think about was making it on time to homeroom.

As he sped downhill, a fellow student had just emerged in front of him. Eye contact was made, and mistakes were made.

Alex had just managed to swerve out of the way, just barely hitting the kid.

To his dismay, right after swerving out of the way, his wheels gave out, the bolts loosening and the tires launching out of place.

Alex was then launched out of his seat, and into the hard asphalt. Skin to asphalt contact going at high speeds don't go together well, and as his body makes contact, the sound of bone breaking is made audible, spelling the end of Alex.

As the corners of his eyes flood with darkness, coldness envelopes his body, and a wave of fatigue goes over his body, a new feeling to him, and the last one he will experience.

Before Alex's eyes, a bright, white light blinds him.

And lo and behold, he was reincarnated as an infant, born into a family of nobility.

"Oh, look at his eyes, he has the same color as yours James." An unknown figure states.

"Hopefully he grows into a fine man, right Maria?" Another states.

"Huh?" Alex thinks to himself.

"You hear that Leo, you'll make a fine son." Maria states, lying in bed, with Alex in her arms.

"Oh shit, no, no, nononononon-" Before he could finish that last no, his face, muffled by his mother' breast, he has no other choice but to, y'know, yeah.

"Looks like Leo's tired, lets let him sleep." Maria says as she sets Leo into his crib.

Both James and Maria exit the room, leaving Leo alone in his crib swaddled in blankets.

"Ah, shit, seems like I'm living an anime." Leo says in his mind.

"Well, better make the most of it." He states, before actually falling asleep.

As you read and probably thought, "Well, isn't this chapter a bit short?" Or, "Well, this chapter is a bit sh***y." Or something along those lines, and would like to know as to why, I'm sure I've stated that in the synopsis. To those who've read this, and enjoyed it, great, if you would like, post some constructive comments, I would greatly appreciate it as I'm quite new to this.