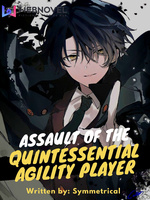 In Liam's life on Earth, he gave everything he had for the world's peace and ended up dying in vain, unable to save his wife from an unknown dark syndicate.

A hero is somebody who is selfless and generous in spirit. But is that the life you would live again if it took everything away from you?

After waking up in a strange world, Liam Kai Smith had sworn an oath to do everything for himself.

[Welcome to the Tyrants' Mighty Tower!]

Mighty Tower, the Tower of the Tyrants, a tower in a place in the center of the multiverse called Nullvard where several universes and dimensions intersect.

Full of deep regrets and guilt, Liam was determined to evoke his supremacy in the tower as an anti-hero.

Join us and follow Liam as he utilized his top-notch detective skills to climb the Tyrants' Mighty Tower!

Disclaimer: The cover isn't my artwork.