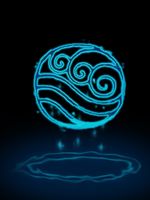 "Some are born great, some achieve greatness, and others have greatness thrust upon them."—William Shakespeare.

This story is about the latter. A man with no recollection of his name, finds himself in the world of Avatar. Forcing to accept the idea that the show he once watched as a kid is not, in fact, fictional has taken a massive toll on him, torn as he is between the awesomeness of his new found powers as well as it's absurdity of how everything came to be, he will do what humans do best, he will overcome and adapt and greatness will follow.


to read chapters ahead go to www.patreón.com/cornbringer.