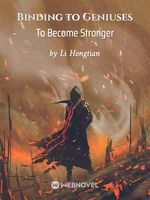 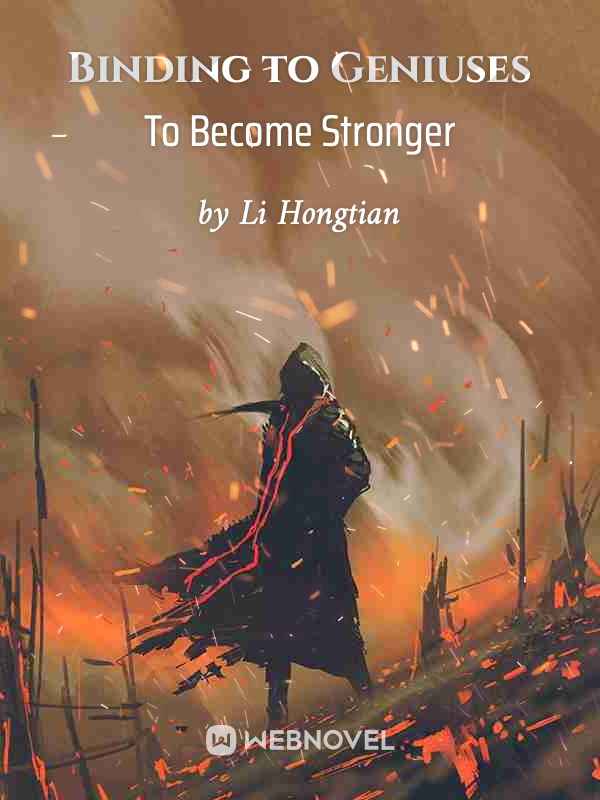 Binding to Geniuses To Become Stronger

It was the year 276 of the Tang Dynasty.

A boy dressed in a green robe was seated on a prayer mat as he stared dispiritedly at the red paper on the table. The scent of paper and books permeated the study halls of Luojiang Academy.

The piece of paper held his academy examination scores.

The main cultivation discipline—in his case, sword mastery—was scored over 100 while the others were scored over 50. The numbers were totaled and ranked—that was how the Tang Dynasty's Imperial Examination worked.

He was ranked in the 700s within Luojiang Academy. By extrapolation, he would not even make it into the top 10,000 in the Tang Dynasty.

If he sat for the cruel Imperial Examination in this state, he would result in a huge disgrace.

Fang Lang was upset. He was a disappointment to every dimensional traveler.

To be fair, he never slacked in the 15 years spent in this foreign world but hard work could not make up for the lack of talent and .

"Whatever. If I can't succeed as a cultivator, I'll just inherit my father's farmland, five inns, and three market streets. Spending the rest of my life as a rich landlord with no prospects doesn't sound too bad."

Since the unification under the Tang Dynasty, they prioritized cultivation of strength by the first emperor to fend off attacks by other species. The practice was encouraged among the people to prepare for a potential war with the demons.

The empire spent a significant amount of money and manpower to build elementary academies throughout the realm in hopes to kick start a generation of cultivators.

The Imperial Examination was set up so cultivators could choose or be chosen by the cultivation sects that would provide further training.

The Imperial Examination was one's chance to change their fate.

It allowed commoners who had no access to cultivation resources to climb the ranks, and only cultivators deserved the respect as leaders of the upper ranks.

After all, a strong cultivator could travel to the ends of the Earth, chase the stars and moon, flatten mountains, and end rivers.

A popular saying in the Tang Dynasty went as such, 'Respect all cultivators, alive or in spirit.'

Therefore, the triennial Imperial Examination attracted students from every part of the Tang Dynasty. It was their chance to prove themselves and grasp at a glorious future.

The study hall was buzzing after the release of the academy examination results.

Some students were elated, some were sullen, some wore prideful expressions—a wide range of emotions were found in the study hall.

The mentors were all smiles when they congratulated the top students. In contrast, the bottom-ranking students got an earful. They did not spare the average Fang Lang a glance.

The academy examination was not an accurate simulation of the Imperial Examination—the real deal was only a month away. There was no miracle that could save Fang Lang's grades.

After another round of compliments to the high scorers, the mentors packed up their stuff and left.

Once they were gone, the study hall exploded with activity like a fish pond after a handful of bait was scattered.

A bunch of students crowded the top scorers, eager to curry favor.

Fang Lang got up and lazily rolled his head as he glanced at the crowd. He felt no admiration nor envy—they were geniuses after all and deserved the glory. If this was the Imperial Examination, the people surrounding them would be the various sects of the Tang Dynasty, not mere peers.

There was a pointed difference between choosing and being chosen by a sect.

This world was realistic.

Much like the college entrance exam from his previous life, but…

It was crueler here.

Fang Lang crumpled the red result paper into a ball and kept it in his sleeve.

At the same time, a ringing sound echoed in his mind.

'System binding successful. The System aims to aid the host in cultivation.

The System notification popped up.

Binding Partner: None (binding to a partner will grant the host 50% of the partner's cultivation inspiration and cultivation speed)

Sole Passive Ability: Additional rewards may be granted when the host bonds with the binding partner over cultivation.

He calmed down and scanned through the System messages.

The layout was simple with a notification board. Fang Lang skipped past the explanation about resources. He did not lack resources.

This was the first time Fang Lang was presented with a stark assessment of his innate talent and core.

During his enrollment into the academy, Fang Lang had undergone the standard core test. The instrument had shone a faint white light—Fang Lang's core was white and no bonus marks would be granted to him.

A person's core for cultivation was classified by colors in the Tang Dynasty. Black, white, red, yellow, and gold were the five grades that could be professionally measured by the instrument. It was rumored that there were grades above gold but those were beyond the instrument's range.

If one had a red core, an extra 10 marks would be added to the scores.

Yes. A person's core was innate and it benefited a talented student's scores.

Fang Lang returned his attention to the System.

The System's emphasis was on partner-binding. A successful bind would grant the host 50% of the binding partner's cultivation inspiration and speed.

Binding to a genius with a gold core would improve his cultivation speed by leaps and bounds, the vague cultivation inspiration was an added bonus.

It was what Fang Lang always wanted.

He clenched his fist as realization struck him. Perhaps the System's existence was to teach him about the benefits of striking up a relationship with the talented. It was a way to make something out of himself.

The System was made for double cultivation.

Fang Lang kept his excitement in check and hid the System display. He looked around the room and smiled at the crowd of green-robed students.

He would benefit more from a partner who was naturally gifted, and he was in the right place to find one.

The academy had many talents.

Luojiang Academy had ten study halls that housed 3,000 students. The Tang Dynasty mandated every cultivation academy to have the exact number of students.

Each building held 300 students who were split into three floors, 100 students on each floor. Students of the same floor would know each other as classmates.

The establishment of elementary academies and the Imperial Examination was aimed to identify the cream of the crop.

The academies attracted talents from all over the realm.

There were things to learn from every single student attending the academy.

However, Fang Lang did not want an average genius for his binding partner.

'What is the criteria for the binding partner?' Fang Lang posed the question in his mind.

The System replied, 'The partner's core grade must be higher than the host.'

Was the criteria over the top? No.

He was slightly offended.

Fang Lang rose from the prayer mat and headed toward the red paper that was pinned onto the wall—names were written in gold.

It was Luojiang Academy's honor roll.

Those who made it onto the list were the top 50 scorers in the latest examination.

A few of Fang Lang's classmates were looking at the honor roll in awe and longing.

He focused on the top three names.

Among the three names, Fang Lang recognized one—Ni Wen. She was a fellow classmate and the genius of their floor. Her name was in the third spot.

Another thing to note, Ni Wen hailed from a commoner family.

The Tang Dynasty encouraged cultivation and built many academies but the reality was those who could afford to attend the classes and pursue cultivation were mostly the sons and daughters of the rich.

In order to include the common people, the imperial courts had set aside 300 positions in every academy for the poor. The Imperial Examination was a way for them to change their fates.

Nevertheless, it was difficult for the common folk to make it into the honor roll due to insufficient cultivation resources.

The first two names on the honor roll were the sons of Luojiang City's elite families. They had resources in spades—unlimited access to spirit crystals and medicinal pills.

For a poor student to be able to climb the honor roll in spite of the fierce competition, she had to be blessed with innate talent and aptitude. Her cultivation speed must be terrifying!

There was no doubt.

Fang Lang would bind her.

'How does one bind to a partner?' he asked. He was still standing before the wall of honor.

'Ding! The current System is at LV1 so only one partner can be bound. The binding time is dependent on the chosen partner's natural talent and core. The stronger the partner, the longer the binding time. Please select your partner.'

Fang Lang thought for a moment and asked, 'Will there be any negative effects for the binding partner?' If the binding  would negatively impact the person's abilities, then he would have to reconsider his options.

The System answered instantly, 'After the binding, the partner will develop a familiarity with the host. This will increase the probability of communication between the host and the binding partner. The binding will have no effect on the partner's talents and core.'

The explanation was reassuring. Fang Lang raised an eyebrow. The choice was clear and he proceeded without hesitation.

'I choose Ni Wen as my binding partner.'

The System announced, 'Ding! The chosen partner, Ni Wen, is a . The estimated binding time is a full day and night.

'Ding! The binding is in progress.'