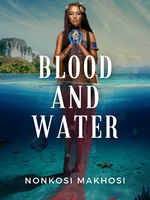 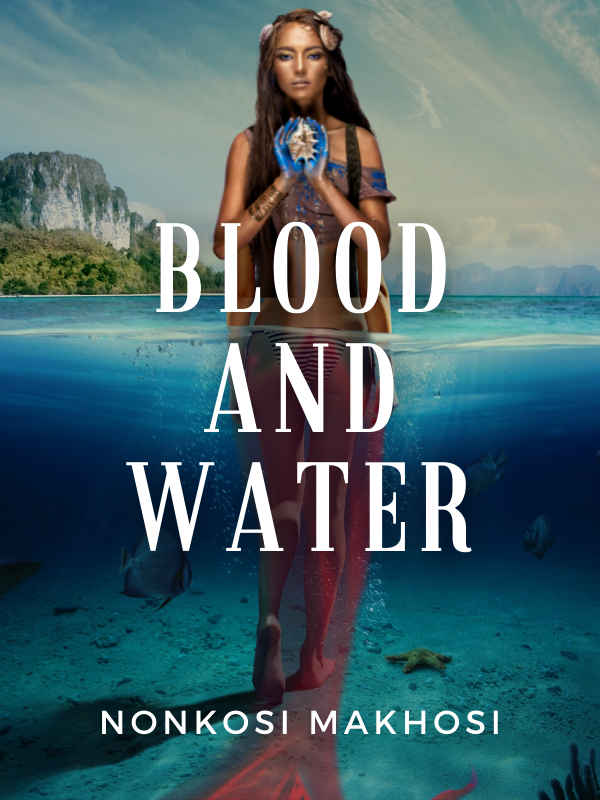 Dineo was enjoying the warm spring sun on the beach when a child's scream coming from the water interrupted her. She quickly sat up to look around and saw a person struggling to stay above water.

"Somebody help!," she stood to run to the lifeguard "There's a child in the water that needs your help" she tapped his shoulder but he didn't move. She walked around to face him, he was frozen in motion. When her eyes went around she realized that everyone around her was.

"Help me!" a desperate small voice shouted. Neo ran to the water and swam towards the child. Putting her fear of deep sea water aside in attempt to save a life.

"I've got you" she said when she finally reached the boy.

"I can't move. It's pulling me!" the boy cried out "It's pulling my leg!" he said before crying hysterically. Neo immediately thought that the boy was talking about a shark. She pulled him and tried swimming away but couldn't. A powerful force pulled at him from beneath the water.

"I'm going to dive in okay" she said in a shaky voice. Afraid of what she may see.

"I've got to check what's holding you down and get you free. I'll be up before you know it. Do you trust me?" Neo asked and watched him nod quickly. She drew a breath before diving into the water. A glowing rope was around the boy's ankle so she attempted to undo it to free him. Something bumped her out of the way just as the rope loosened. Quick movement flashed before her before a creature came directly towards her. Her ears began to ring until her head felt like it was spinning.

"Two is better than one" a whispering voice said. Neo held onto the boy when another creature pulled at the rope. She and the trembling child shut their eyes when a creepy, grey creature charged right at them. She opened her eyes when nothing touched them. When nothing was around, she swam up with the child tightly in her grip.

"Thomas!" a woman called out. Neo went to shore holding the boy "Thomas," the woman ran towards them and took her son from Neo's arms.

"Mommy, a mermaid tried to take me" Thomas said while holding onto his mom "I was scared but this lady saved me" he added.

"There's no such thing as a mermaid, honey. You are most probably in shock" the lady said with certainty "I'm Cynthia" she introduced herself to Dineo "Thank you for saving him. I only took my eyes off him for a split second" she added.

"I'm Dineo. I'm just glad that I was there. He is right, something is in...," Dineo couldn't finish her sentence because a sudden pain attacked her chest. She took shallow breaths trying to get air to her lungs but failed.

"Somebody help us!" Cynthia shouted.

Familiar beeping sounds bacame louder as Dineo woke up. She knew she was back in hospital.

"There's nothing we can do for her. Dineo's heart is failing rapidly" she heard Dr Langa say. Her eyes opened slowly. Her mother Junay's red curls were the first thing that she saw.

"Hey" Jack whispered before smiling "You scared us" he added. Neo lost count of the number of times she heard that line. The hospital was like a second home to her due to her lifelong breathing condition.

"Am I dying?" Dineo asked quietly. Jack and June looked at each other.

"Rest, honey" June said before she kissed Neo's forehead. Neo slowly sat up with help from her parents "I heard what the doctor said. I'm dying" Neo looked at both. Her body weak and sore but she demanded answers "Doctor?" she looked at her doctor.

"There's unfortunately nothing that we can do for you" Dr Langa announced sadly.

"How long do I have left?" Dineo asked. If her first doctor was right in his prediction, she would have died at age two, yet she was still alive and about to turn 28. She didn't want to die but she was grateful for the years that were gifted to her.

"At the rate your health is deteriorating, only a couple of weeks at most" Dr Langa said. Giving such devastating news was hard on him too because he was a family friend and father of Dineo's best friend Lusanda Langa "I'll give you all done privacy" the doctor added. His big body frame nearly covering the entire room "I'm really sorry that I don't have better news"

"Usually I'd ask to see the immediate family to check what health condition may be genetic but..."

"But I'm adopted" Dineo finished the sentence for him. Dr Langa nodded before giving the Carr family privacy. June hugged her daughter tightly. Neo had always been sickly but nothing prepared June and Jack for the news that they ran out of options "I love you" June whispered while sniffing.

"I love you too, Mom" Neo wrapped her arm around June.

"Buttercup, before you went to the beach, did you apply the cream on your skin?" Jack asked. Dineo looked at him.

"Dad, I didn't plan on going into the water but I had to. A little boy needed my help. I couldn't exactly tell him to wait while I apply my mother's handmade cream" Neo looked at Jack. June and Jack exchanged a subtle look "But everything about what happened down there was strange. The boy's ankle was tied with a rope and whatever or whoever tried to pull him deeper into the water. What if it's connected to the children who have been drowning almost around the entire world?" Neo asked. Articles about children drowning at sea became too frequent to ignore and all of them had a scratches at identical spots on their bodies.

"Leave that to the law enforcement" Jack said "So you didn't apply the cream?" he asked. Dineo just looked at him without saying a word.

"Yes, dad, I applied the cream at home before I went to the beach" Dineo said and watched Jack breath "I don't think it matters because it's not going to stop me from dying" she added.

"Or we could try to reconnect you with your biological family" June suggested knowing that was the last thing that Dineo wanted.

"I have the family that I need right here" Dineo said while holding both their hands in hers "If death indeed calls this time, then I want to spend time with loved ones and not waste it by looking for people who don't want me" she said. Jack and June nodded because they didn't want to upset her and risk another health setback. The medication made her drowsy so she laid back down.

Jack and June stood aside "It's time to tell her" Jack said to June quietly.

"But she had her protection on" June whispered back.

"It's time, June or do you want to lose her forever?" Jack asked.