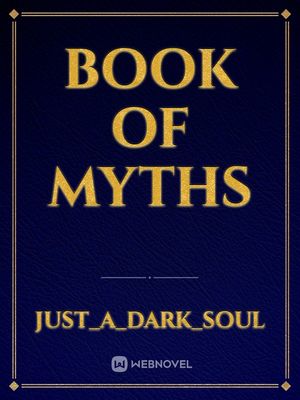 Chapter 1: The Horse and The Hunter

In a nameless medieval land, there was a horse, not you're everyday horse, no, this horse was special, it was bigger than the ones you see everywhere, it's skin was black like the night and he was fast, very fast, it was the fastest horse any men had ever seen.

One day a hunter heard about this special animal, curious about the animal, he traveled to this nameless land and started questioning others about this horse, he heard from them almost the same things "Oooh...that horse is beautiful, wonderful even, many tried to capture him, none did! That horse is very intelligent!" and "Aaah....that horse, well....I don't recommend you to try, even the hunters aroud here didn't have the minimun success in cornering that animal!", pratically the same thing, at least he knew where it lives, in a forest at the north of the town. The hunter had spent many days but he successfully managed to have an idea of the habits the horse had, after some time planning for many situations, he bought the necessary equipment and started his hunt.

The hunter spent weeks and weeks ambushing and setting traps to capture the horse, he did ambush the horse sometimes but he had zero success in every try. Every time he was almost catching that animal it escaped somehow, that horse was very intelligent compared to it's kin but sometimes it seemed like the own nature was helping it, the birds flew and chirped, the wind became strong and the tree branches collided. Even then the hunter didn't give up, because he knew that when he successfully captured the horse he would have that feeling of acomplishment, something that as a hunter he wanted to feel.

Weeks, months, years passed and he finally managed to corner the horse successfully, the sensation that he was feeling was exciting to say the least, the adrenaline rushing through his blood was wonderful, after apreciating the feeling he took his hunting knife and walked in the horse's direction, his prey's direction, his prize's direction, he stood in front of the horse and looked at it's eyes, beautiful eyes, full of fear and sadness, just what he liked to see, looking in the horse's eyes he prepared to kill it with a painless and fast death, when finally he kille-hearing the sound of bushes shaking, he looked behind him, for his surprise there were hundreds of horses, each one with a diferent type of color, blue like the ocean, brown like the earth, red like magma, green like the own forest, and finally in front of them all was it-no, he, that horse had it's head high and transmited more intelligence with it's eyes than the hunter could comprehend, he held his head high with pride, proud like a leader, no...more....., like a.....king, yes, the hunter had no doubts that the horse was a king, the king, he was handsome, majestic even, with his black-like-night skin, white points, bright like the stars. It was there that he knew, he wouldn't regret not catching that horse behind him, just being able to see such magnifcent creature he could die happy, with a true sense of acomplishment, not even compared with when he kills an animal, no, the feeling was better than everything he ever felt in his life and then he let his knife fall from his hand an said with a satisfied smile "Finally, I am truly.....in happines..." before his vision suddenly turned black.

Hi you dear reader that somehow got here, I want to thank you with all my heart because you know, I spent some time here and for you to read everything makes me happy, well, thanks!!

And almost forgeting, if you have something to suggest to me about this myth that I wrote to make it better I hope you do!

Everything apart, I have to thank you again for the atention.

THANK YOU VERY MUCH!!!