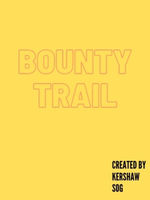 Chapter 1: The legend of the 7 Iyuro

To begin this story we will need to talk about how it all began. More than 100 septillion years ago reality was created by a more corrupted god named sojiku, sojiku created reality to be challenged by the things that were in it so after creating the reality he waited for 9000 years once it reached 9001 years he fell asleep and the sound of his yawns created multiple big bang events to happen creating lots and lots of universes but we will be talking about one universe in particular.After the big bang's happened in there universe, life grew more and more every year.

5 million years after the big bang's happened magic was created by a mysterious being of pure darkness.The being of pure darkness attempted to take over the world using his evil army of magic wielding goons, it was up to the humans and other creatures to learn magic and counter strike them.So the humans sent 7 of their strongest Warriors to battle them they named themselves the 7 Iyuro and they won well not exactly, you see the being of pure darkness kept making more and more goons and they overwhelmed the hero's so all but 1 hero fleed that one hero's name was sogatina he weld a sword a powerful sword that had the power to wipe out all humanity in one swipe.

He swung his sword once and instantly killed the army of goons and the being of pure darkness, things seemed to be all over but suddenly sogatina stepped on a explosion trap that he being of pure darkness setted up he was killed by explosion and his sword being lost somewhere on the planet the rest of the team splitted up to 4 sections of the world to protect it while doing it they all retired.people have prophesied that in the next 150 years they new 7 will come and help in a war against a bigger threat than the army that came before.