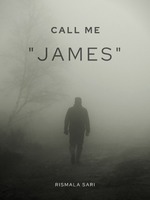 Every hour, billions of grief and despair are delivered to the universe. The uncountable ungratefulness of the prosperous, the hopelessness of those whose prayers are never answered, the grief of loneliness from those who are sick of living in their own bodies. The sky shifted from blue to black, clouds whose color were white to gray, from the sun until the moon. They all testified to the owner of the universe about the complaints and despair of humans under their auspices, eavesdropping on every weep from the voiceless one until the one that was screaming over the sound of thunder. Among these people Some are begging God to just take their lives away, some waited for the death angel to come and live miserably, and some are brave enough to defy by doing it themselves.
James is one of them, he feels like a hero who has saved himself from his cowardice to move on. Without him knowing, destiny is the strongest energy in the world, a force that creates millions of injustices. He neither understood anything about death nor the life after it. James wandered solely in the realm of spirit finding his way home to heaven. A place he’s been dreaming about while he was alive. Instead, he’s facing the reality of how anyone who dares to step over destiny, will not be able to easily return to the heavens. Suicide not only is it the most cowardly way to give up but also a selfish option for abandoning the pain of those who are left behind. The only option he has is either to stay in the realm of spirit Eternally or commit himself to a deadly covenant with the universe and James chose the 2nd option cluelessly.

He starts his journey in the human world looking for someone who wants to accomplish the mission of bringing him back to heaven to achieve an everlasting peacefulness. Turns Out this covenant brings him into a despair of seeing the death of so many innocent people. This horror continuously haunted him as he wandered for many years without success until he accidently found Alika whose life are threaten by a murder they have an deep conversation that makes he decide to save her away from death and get her stuck with him for the rest of her life.

Alika is just an ordinary woman who was as desperate as James during her lifetime yet warm hearted and fear nothing at all, not even death. As James keeps being the part of her day, he starts to feel Alika is part of his unfinished destiny and regrets his past decision to take away his ownlife. He is ready to trade everything just to go back into his life and wait for the day they meet each other as two humans in love while Alika agrees to help him reach the heaven, even though that requires her to enter the realm of spirit where she finds out that James is actually her soulmate. But because he ended his life, Alika has no choice but to live alone forever as her soulmate chose to give up on her. Both break down while seeing the beautiful future that should have happened between the two of them which now they know will never happen. Alika starts to blame James for how cowardly he is and for his selfishness of making her life even more miserable. Once again, fate is the most powerful force on earth. No human being has the right to oppose his path.