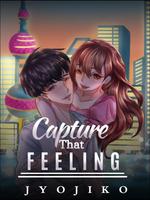 With the never-ending holiday party at home, no one will miss her if she takes the same flight with that tall boy, right? All she has to do is get on the plane, never mind that the plane will bring her from Oslo to China!

"Would you like to come into my room, join me with some drinks and hear what I want?" she drunkenly said it at that time.

"Don't worry, I don't mean any harm," she said assuring the man before she dropped herself to the couch.

"Are you traveling alone? Don't you have any adult companion with you?" he carefully asked as he stood in front of Ellise.

"Hey, mister, you must have difficulty understanding, I already said, I'm alone, right?" she answered back.

"You're clearly too young to be drinking alone in a hotel room, in a country where you don't know anybody and on top of that you invited a stranger in your room," he said with concern.

"Why, you're also too young to be having an affair with a married woman, meet her in a hotel away from the city in the middle of the night. How old are you, anyway?" she sarcastically answered back, avoiding the issue of inviting a stranger.

"I'm twenty, and I'm not having an affair with a married woman," he answered with a straight face.

"If you're not having an affair why the two of you clearly look like you're hiding," she said, not planning to lost an answer and question interrogation.

"Listen, little girl. You better stop drinking because you're already drunk with all of these expensive wines," he said in annoyance.

"You see, I have a credit card that has no limit, paying for all of my expenses here. I've been here in Shanghai since the first week of January, and today is my birthday. It's almost two months already, but nobody has come or asked from my family if I'm okay." she said in a broken voice.