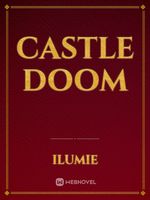 After the great great destruction Cecil, a young orphan is like most other specially gifted children that have emerged on earth sent to the church as to become a so called child of God. Through his journey up the social ladder, he discovers more and more of the true nature of this seemingly most righteous place, while at the same time noticing that all of this only serves to blossom his own sadistic nature.
Throughout this he doesn't even realise how his fate and that of a brave girl fighting to rebel against the oppressive and cruel methods of the church together with the rest of this seemingly insignificant rebellious group known as Draconis rise.

[¡This story will not be romantic!]