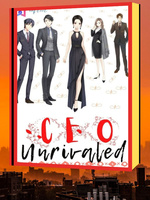 "I'll show you the ropes of how to build a company from scratch. Soon we will stand at the top."

Lisa Zafira Y. Summers lived a lucrative life as the CEO of Summers Holdings Incorporated in District 2. Yet, in an unfortunate circumstance, her luxurious life ended at the age of 24. She was assassinated!

Her sudden death activated a mysterious system that claimed to have a connection with her maternal ancestors - the Ye Clan. This allowed her soul to randomly transmigrate into the body of a teenager who spent her life playing some online mobile game.

Lisa was set to experience a new life with her previous instincts in business combined with a new identity full of gaming knowledge. Stockholders were replaced with squad members... taking investment risks became launch attack signals... planning new company ventures turned into joining tournaments. Soon enough, she found herself leading her friends on the path towards the business world. This is now the life of Sofia Blanca D. Su aka CEO UNRIVALED.