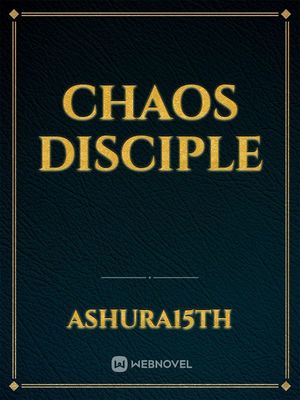 After The Union Alliance Defeated the Alliance of the "Destroyers", The Two Siblings God slayers named Rias and Zel, While on their way home they heard a voice of a crying lost child in the distant forest.

The Child has a Destroyed Eye on the Right side of his face, And A Burn Scar on his Chest

The Two Siblings Decided to raise the child as one of their younger siblings and named him "Abyss".

The Three Siblings Lived at the Border of the Country of "Union", Country Of Humans, Elves, Ogres, Vampires, and Werewolves, And the Country "Abyss" A Huge Territory of Every type of Demons and Orcs, At their Border, There's a huge forest named "Renowned", And there where the three siblings live their existence.

" It's time to Wake Up, Young one, do not forget that today is your day Kid!" Zel said with a grin on his face while knocking on Abyss's door.

*Moan* "On the Way, Big Brother Zel," Abyss Said While Walking through his door

Abyss Opens the Door and Saw his Brother Zel and Big Sister Rias, His Uncle Alexander, Auntie Zira, And King Eldritch Sitting on the Table while Preparing For his Day.

"Oh forgive for I have forgotten to greet you, Ultima" Abyss said with a sorry look on his face.

"Care to come with me for Hunting some Deer, Master Abyss" Ultima said while holding Abyss Hands.

Ultima And Abyss Goes to the deep Forest to hunt some deer for a huge feast tonight.

Meanwhile Ultima and Abyss, The Others are planning some surprise plan for their Younger Brother's Day.

Meanwhile, In the deep forest of renowned.

"Master Abyss, How's Your Routine of your Sword Skill with Heldodge?" Ultima Ask Abyss while walking.

"Well, it's fine, I have learned how to combine my Movements with Flashsteps Last week, So I'll try to test it today as well!!" Abyss said with a cheerful Tone.

"Yes, It Might be some Creature in this forest, I'll take care of it, Ultima Care to hunt some deer for me?" Abyss Ask ultima and smile.

"Yes, I will Master," Ultima said and disappears.

Abyss Head to the direction where the sound came from.

"Renowned Forest" Is one of the Biggest Forest On Earth, Despite being the biggest All types of Monsters has habitat this place for some reason and Fighting to expand their territory or consume another living creature.

"As I remember, The sound came from the south And the south is the territory of the King of Demi-Demons" Abyss said while running through the southern direction.

"I hope there is no fight for territory cause I don't want to be involved in that fight," Abyss said with an Irritating tone.

After running for a few Miles, Abyss has entered the most dangerous part of the forest, The southern side of the forest where the battle is the daily lives of monsters living on the southern renowned.

Trying to take a rest and yet saw an interesting fight of a Powerful Monsters Possess some Immeasurable Magic Power.

Abyss said as he sat under the tree while watches the two monsters killing each other.

"Hold On, Do you smell that?" First Monster Said.

"Yes and that smell, it's like the smell of a Human" Second Monster Said.

The Two Monsters Looks at Abyss while sitting innocently while not knowing he's been noticed by the two rampaging Monsters.

"That Stinks," Abyss Said as he Slowly opens his eyes.

After Abyss Opened his eyes he saw the two rampaging monster in front of him staring with furious murderous intent.

"Heh? Are you two who have finished the fight?!" Abyss said in a Nervous Tone.

"Then, Off I go!" Abyss said as he tries to run away without going into trouble when he's already in a huge troubled.

The Two Monsters Blocked Abyss way by Putting a Magic Seal Around the Area a "200 Layer Anti God Beam Barrier",

" I guess, I have no other choice but to fight this Ugly bastard to get home early so I won't get smacked by Big Sister Lea," Abyss said as he turns around and pulling his blade slowly.

The Two Monsters Approached Abyss, While Abyss is lowering his body and holding his sword leaving no opening for any attacks.

"let's see the result of my training with the old man he dodge," Abyss said while waiting for the two monsters to get nearer to him.

When The Two Monsters Has Finally got nearer to Abyss, Abyss Swing's His Blade Rapidly And Aim for their head and Successfully Cut the Heads of the Two Monsters.

The Barrier created by the two Monsters has disappeared after their death and Abyss is finally able to return to Ultima.

Ultima approached abyss and congratulates abyss for the results of Abyss Training.

"Congratulations Master, You became too stronger than Usual, That's My Master for you"

"Heh?!, So you we're Watching me back there Ultima"

"Yes, I wanted to watch my Master Fighting some monsters Also I already have Hunt some Boars and deer for dinner tonight"

"Ultima, You Hunt so much today aren't you?"

"of course It'll be a feast today" Ultima smiles and Hugs Tightly Abyss.

Ultima and Abyss Returns to their house and Abyss suddenly got tied up and blindfolded with a magical sealing which means he can't detect any magic.

"Hey!!, Who's there?!, Ultima where are you?, Who's there, Wait I can't feel any magic, who puts a magic sealing blindfold on my eye" Abyss angrily said.

The Mysterious people and Ultima brought abyss back inside their home and untied and unfolded his eye and when finally Abyss finally can feel any magic he was surprised by the people inside their home.

"Happy 16th Birthday Abyss!!!" Everyone said with a smile and.

"You're 16 now right, you can now join the Paladin's Organization Abyss" Thomas Said.

"Hey Abyss Look at my Gift here, Try Open it"

"We should have brought and introduced you to our daughter she's at your age now abyss, Right dear?"Queen Crimson Said.

" Yes she's a shy person but for a person like you, I guess you can make her your friend abyss" King Crimson Said.

"Haha if you guys said it then I will try to become her friend, Also Big Zel When Can I Join the Paladin's Organization?" Abyss Ask.

"Hmm, Maybe in the next 5 days when we Change our home inside the Empire but first you need to learn some of Our Magic Techniques because all you know right now is Just some Sword Skills and Some Basic Magic," Zel Said while eating some Beef.

"Zel Is Right Abyss, You need to learn some of our Magic before Joining the Organization or You'll never pass the Entrance Exam," Rias said while Hugging Abyss.

"I see, Then Big Sister Rias and Big Brother Zel Please Teach me your Magic Techniques!!!" Abyss Begs his Siblings to teach him some of their magic techniques.

"Of course if our Younger Brother Begs us, we can't turn you down because we're Family," Rias said as he hugs even tighter abyss.

After that, the Party for the whole day and eat some delicious boar and deer.

Few hours have passed and their Visitors are gone and The only people left inside their house are Abyss, Rias, Ultima, and The Drunk Zel.

"Big Brother Zel is Drunk And so the Others, I'm Glad that Big Sister Rias and Ultima Ain't like drinking Booze," Abyss said as he Carries Zel on His Back.

"I'm sorry for letting you carry your Drunk Brother, Abyss, Why does Brother have to drink so much today," Rias Said as she Washes The Plates and Cups.

"Hang in there Master, As soon as I have Finished Cleaning the Table and the Mess on the House I'll Help you Carry your Brother," Ultima said with a sad tone as she wipes the table.

"It's Ok you two don't have to worry about me, also Thank you for today, Ultima, Big Sis Rias and Also Big Bro Zel for giving me a happy day today," Abyss said as he carries his drunk brother zel on his back.

"If my Little Abyss said then, I don't have any choice then" Rias Said.

"If my Dear master said then it's fine" Ultima Said.

"Give me more booze, I can drink more!!" Zel whispered.

Abyss Finally Brought Zel to his bed and Rush through his bed.

"What a day, I'm Excited for the First Day of my Training tomorrow" Abyss said.

I hope you guys enjoyed reading the first chapter hope you'll enjoy the next chapter next time. Like it? Add to the library!

Have some ideas about my story? Comment it and let me know.