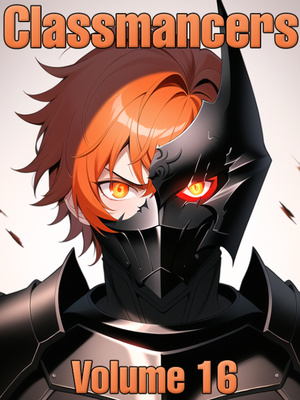 Imagine a shonen sports story. But, it’s not about baseball or soccer. No, this one is about playing a MOBA video game!

And no, it’s neither League of Legends nor DotA. A BRAND NEW ORIGINAL MOBA, the one MOBA to rule them all - Classmancers!

The game has become so big, that even schools recognize it as a sport. They even allow students to participate in Classmancers clubs and compete against other schools! Who will be the one going to nationals!?

For Yuel, a team sport is like a chessboard that comes to life. There’s no greater fun than deconstructing every opponent and predicting twenty of their moves in advance.

And, Classmancers is the ideal stage for such psychological warfare, for it’s a sport in which game theory reigns supreme. At least, usually, it does.

There are also goofs like Lars, who got -200 IQ, yet boast godlike mechanical skill that triumphs against all odds. He’s like your typical OPMC which a cheat, except the cheat does nothing for his intellect.

Yuel and Lars are like water and fire. In other words, 100% compatible! That’s why they form an unlikely duo and set out to dominate Classmancers’ competitive scene!

However, to challenge their OPness, the two will run into rivals who are just as OP! Some of them will turn their teammates immune to Yuel’s psychological attacks, while others will redirect Lars’s almighty strength against himself.

In this harsh environment, the two will keep struggling, struggling, and struggling some more, following their promise to reach the pro scene.

NOTE: Since the site doesn't support italics yet, I'll be using [text] tags for thoughts in this version of the story.

If you're enjoying the story, please upvote it on TopWebFiction! http://topwebfiction.com/vote.php?for=classmancers

PATREON: https://www.patreon.com/darkclaymore
You can read up to 3 chapters ahead on Patreon.