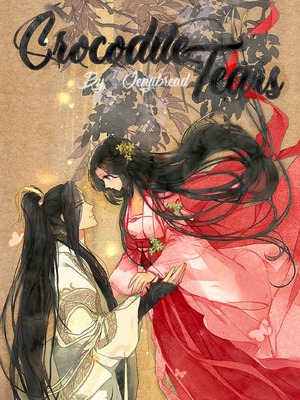 “Whoever marries the princess will become emperor.” A twist of fate brought them together.

Born a curse, she was cast away from the royal family. But when the kingdom needed an alliance with the Northern barbarians, she was the one to marry.

As the second son, he had no right to become heir. Yet in the face of war and politics, he was always the first to fight for the country.

To her, he was a barbarian. To him, she was a pawn. But under the guise of the prophecy, they pretended to be the most affectionate couple. In front of others, they were the ever-flirting Prince and Princess Consort of Jin. But behind closed doors, they plotted for their own means.

Was it really all no more than an act? Or was there a bit of truth to their fabricated devotion?

They were unwilling puppets, each trying to break free from the invisible strings of fate. Only, when the stage finally fell, it was to chaos. In the end, she no longer knew if her tears were for him or the irony of it all.

He finally stopped in front of me.

Subconsciously, something inside me willed me to nod. Perhaps it was the knowledge that I was to be bound to him until death. Or maybe it was the awareness of how this marriage was much more than a simple union between two people.

He moved slowly, waiting for another nod of my approval before closing the gap further.

“You’re a smart one, somehow seeing through most of my guises.” He reached out and gently caressed my cheeks. “True love doesn’t exist in the royal family, but it seems as if we are the perfect match for partnership.”

He leaned in as if to kiss me, instead stopping short at eye level.

Cover: Manipulated by Photoshop but all photo credits to their original artists on Pinterest