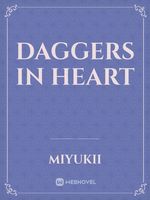 Love always comes at a cost; sometimes, the cost can be bigger than one's expectations.
But what if the consequences of this cost make you despise marriage and love so intensely that you wished you never fall in love with the person.

I opened my eyes to see dark surroundings and only a single ray of light entering from a window. I tried to move, only to find out that I was tied to a chair. I struggled to free myself from the bonds of ropes, and after a few attempts, my hands were bruised badly, and as I was about to give up, a man wearing a suit entered and asked:
"How are you doing, my witch ?"
I replied, "Firstly, I am not yours, and secondly, what do you think I am doing?"
He started laughing and said, "Oh, darling, you will get to know soon that you belong to me."
I shouted at him, "Oh, you think that this will make me obey you, huh? It's impossible."
"Oh my witch, time will tell who will win," he left the room laughing evilly. His voice was loud and scary, and his face was a blur because of the dim light, but his voice, goodness I knew him! Now his devil is awake and is in the disguise of a prince to destroy me and everyone I hold dear.
Everything was normal until the devil's ego was hurt. He tainted me to such an extent
that I had nowhere to go and nothing to do except to become the water to extinguish his hatred for me. Revenge isn't as easy as saying the word, but no, it turned a commoner into a prince's forced mistress. You might have heard about the beauty and the beast where the beast turned into a prince, but here a prince is going to turn into the devil and me into his mistress.

Two people, two different worlds, worlds of their own. Both never thought of a meeting, but destiny made them meet and fall in but one incident which changed their whole life.
Lena, a woman with two lives, one was a famous author with due hearted fans and others as a simple woman, but unknown to anyone she had a secret hidden for herself.
A secret of her past that gives her nightmares, nightmares that she is hiding from everyone from the past eight years.