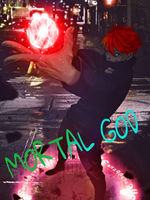 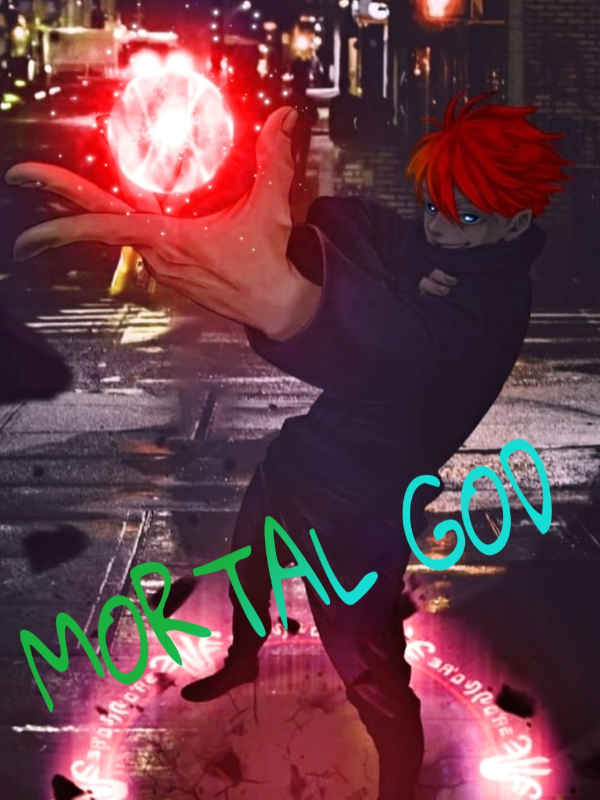 Well I am katsuo most powerful man on Earth my life isn't easy it's really very very easy. I am a famous rich intelligent and almost everyone knows me. Well in the starting when I received my super powers it was hard to master it but now it's like a cake walk for me to use my powers to save humanity well i thought I am the strongest Man on earth but ofcourse earth isn't the only planet in the universe where civilization live.

So I am recording this voice message because tomorrow is the fight for humanity. The alien I am going tomorrow has killed 5 god's to capture their power. Yes you have heard right 5 god's well my I have not met him personally I have only saw his vedio message showed to me by isro(Indian space research organisation). Now he is going to attain my powers so that he can become inevitable. As I told you I am the only man on earth with super power. so he thought of killing me and my mortal god form.

Well my life starts 28 years ago I was the so called younger worthless kid who is a shame to his family cause I was not goods in academic.

My life was hell my family pressurised me I was a loner don't have much friends but my life completely changed at the age of 15 when the god of soul take over my body well not actually take over he lives like a parasite inside my body my lifes end then he will also end but that's a totally theoretical situation in reality he also don't know of he will die with my body or not. So there is a taboo on earth that God safe humans, demons are bad fallen angels and demons both often fight with each other which only lead to destruction and many other mythological taboo.

As a god I will clear all your doubts orcourse as the story proceed you guys will itself realize all the theories and mysteries about aliens god's our universe and don't forgot that I am the biggest mystery on earth so yeah you will also find my secrets too lol. I know all the girls would be specially interested in knowing my secrets.

You guys must be surprised that why this guy who never go to press interviews never answer questions of public will share all his secrets well there is a certain reason and that is i am scared, I will die.

A HEAVY VOICE FROM NOWHERE

Ooi kid how dare you to say me a parasite twice you fucking looser introduce me properly.

Hehe so he is that parasite (Orisis) THE GOD OF SOUL

Orisis:stupid kis apologize or I will kill you

Katsuo:hehe he is kinda funny he always threatened me but he can't do anything because he is like a parasite my life is his life.

Orisis: you got dawm kid leave it i will introduce myself so kids I am the god of souls the strongest god of this universe the most handsome powerful and smartest god. each and every other god admires me.

Katsuo: still his life depend upon me lol. so my superhero life start 15 year ago, I was totally a normal school kid well not normal becuase I was a loner don't have much friends and all but yeah my life was somewhat normal so it was the time of spring the loveliest weather season on earth with cherry blossom this was the time of my last year of highschool. I only have one friend name or you can call so what my love intrest Emily she was my only friend I was a total loner but she always try me to engage in extrovert activities like tracking fishing karaoke and many other things the school was boring as usual she was a daughter of a top class scientist so her father rarely visit home her mother was died while giving birth to her she was also lonely from inside but still I never saw her cry or depressed unlike me but one day when we were heading back to home from our school we separated at our usual point and she goes her way she lives all alone.

Orisis: ooi kid I will take over the story from here so in his heavy voice Orisis say Emily was attacked by some goons or assasin and they tried to kidnap her as her father was a high grade nation scientist so there was a chance that this condition arises because of him. Katsuo was heading toward his home but he say that Emily left her notebook with him katsuo ran towards Emily home and saw that someone was trying to kidnap Emily katsuo was a cry baby he was Emily and Emily saw her but ofcourse because he was a scared ass he can't do anything except for watching them some forcing Emily. That was a lucky day that some cops were passing by and they helped Emily after that day not talked to me for a while.

Katsuo: That day I was feeling unhappy I was crying teasing myself for my weakness and all because of my corwardness I am going to loose my only friend I was feeling like a dumb ass.

That was the night I met Orisis.